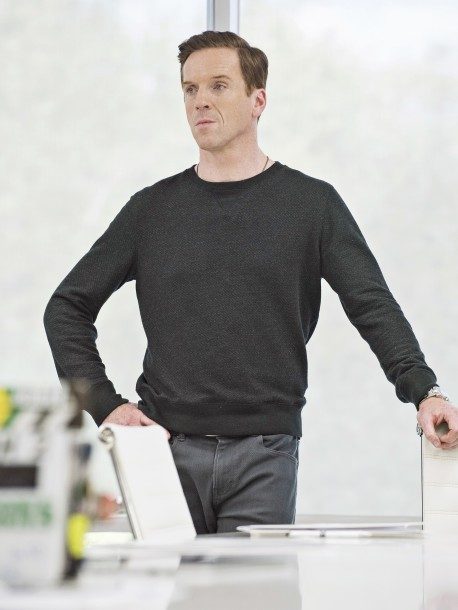 Vladimir Putin may be one scary ex-KGB agent, but these days, he couldn’t get arrested in Hollywood, so to speak. Russian villains are so last century.

Film and TV have gone through a number of go-to enemies over the years, from the Nazis during in the ’40s, communists in the ’50s, the Soviets in the ’60s and ’70s, and, post-glasnost, Middle Eastern terrorists.

This century, Hollywood’s preferred villains increasingly wear tailored suits, natty ties and sleek wingtips. They don’t kill people, for the most part, but they are merciless with people’s money. In Adam McKay’s superb film “The Big Short,” they were Wall Street bankers. In Martin Scorsese’s “The Wolf of Wall Street,” they were stockbrokers. In the Showtime series “Billions,” they are hedge fund traders. They may be hard to understand when they’re talking shop, but make no mistake: These people are ruthless.

It’s easy to spot the bad guys in “Billions”: They’re all rotten bad guys, beginning with the devil incarnate, Bobby Axelrod (Damian Lewis). Soon enough, we realize it’s not just the money manipulators who are evil, it’s the entire system. That eventually includes the men and women who are supposed to be keeping an eye on greedy money magnates. And even crusading journalists can be co-opted.

Axelrod runs Axe Capital, a highly successful hedge fund company. He’s charming, a generous donor to a number of worthy causes, a faithful husband to his wife, Lara (Malin Akerman), and an attentive father to their two boys. It all looks perfect from the outside. Inside is something else entirely. Axe grew up poor, working as a caddy for some of the titans who now cower before him. He’s climbed to the top to exact payback on those who ignored him before. Axe doesn’t leave his killer instinct at the office — he brings it home as well, testing his young sons to toughen them up at an early age for the dog-eat-dog life ahead of them.