‘We don’t think money is terribly important in our family’: Billions star Damian Lewis reveals playing a rich man has had no effect on his own life 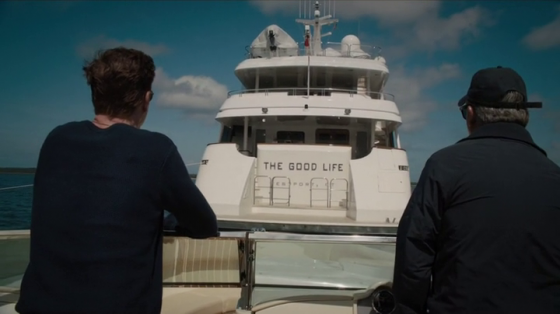 He’s known for his role in Billions playing the ambitious manager of a hedge fund Bobby ‘Axe’ Axelrod.

But English actor Damian Lewis, 45, has revealed the lavish lifestyle led by his character is a stark contrast to the life he leads off screen.

Speaking to TV Week, Damian said that although he enjoys playing the role of a rich business man, money isn’t that important to him or his family.

‘We don’t think money is terribly important in our family.

‘I spend money on my children’s school fees, and I just renovated my house but I don’t own a second home or have a yacht.’

Damian, also known for his role in Netflix series Homeland, has said he was reluctant to consider another US based-show with the hope of being home with his family.

But said: ‘I went on instinct with Homeland, and Billions was a similar decision.’