A Poem for Every Day of the Year

Our fave actor was present at the November 10 reading of Lewis Carroll’s The Walrus and the Carpenter as part of the unusually glitzy Olivier Theatre audience at the National Theatre launch of well-connected editor Allie Esiri’s new anthology A Poem for Every Day of the Year.

The book is aimed squarely at young readers, but last night’s crowd seemed to contain fewer children than celebrities. Each arrival prompted a chorus of whispers. 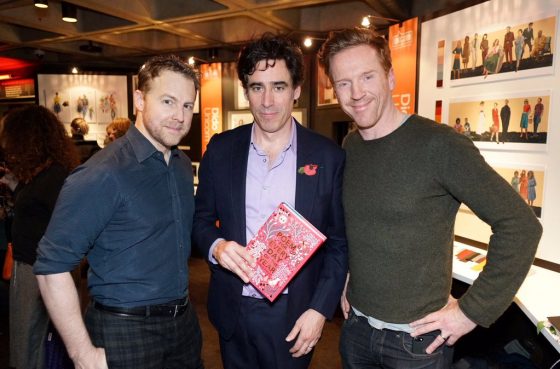 And it seems another Helen was the reason Damian made an appearance at the event. Helen McCrory and Howards End star Samuel West kept things sharp and understated to great effect. 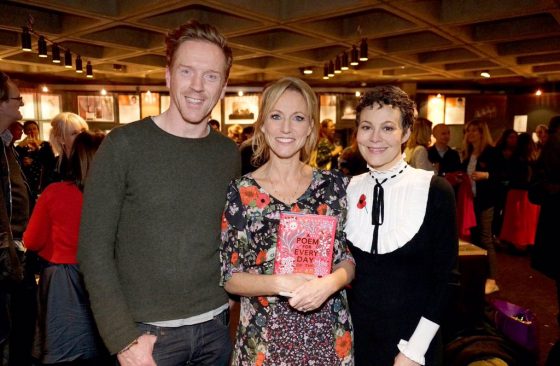 An inspiring evening of readings of some of the magical and humorous poems in this journey through history and human experience were read by actors Adjoa Andoh, Joanna Lumley, Stephen Mangan, Helen McCrory, Simon Russell Beale and Samuel West. Here is Refugee Blues: