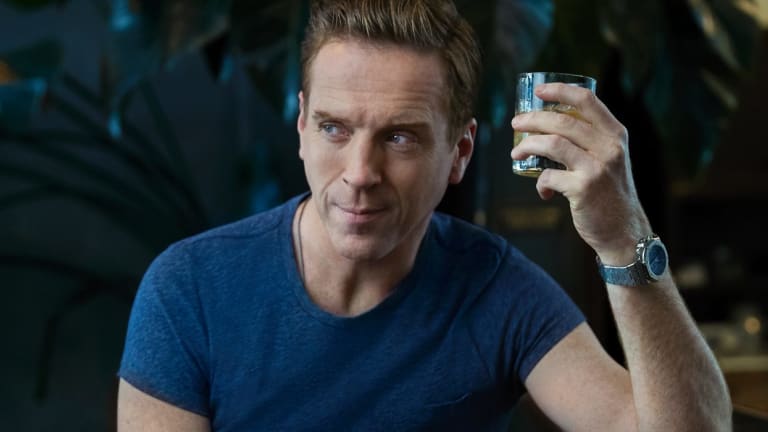 “And I think that is probably an accurate reflection of what’s going on at the moment in positions of great power.”

Billions is at first glance a show about money. But it is about so much more than that: toxic business practice, greed, globalisation (and the kickback against it) and, ultimately, the human cost of desiring to acquire everything in one’s path.

And in 2018 it has a powerful relevance to a shift in politics, culture and power which is being felt all over the world.

The series, which also stars Paul Giamatti as Chuck Rhoades, the attorney determined to bring him down, is based on the real-life work of crusading federal prosecutor of financial crimes Preet Bharara.

As the new season opens, the show’s anti-hero has been “found with his hands in the cookie jar,” says Lewis. “He’s not able to trade, he’s sitting at home … being typically duplicitous, nefarious, pulling strings and trying to get business done without looking like it’s him doing the business.”

Lewis came to the series not actually looking for a return to television – he had just finished filming on another television series, Homeland – but “in the end one tries to balance finding the best work and being a good dad and husband at the same time.

The price of being away from home, he says, is hefty. For Lewis, who was born in London, he is watching the debate over Brexit – Britain’s exit from the European Union – from the other side of the world. The frustration? “I can’t affect what’s going on,” he says simply.