Axe’s Back Is Against the Wall 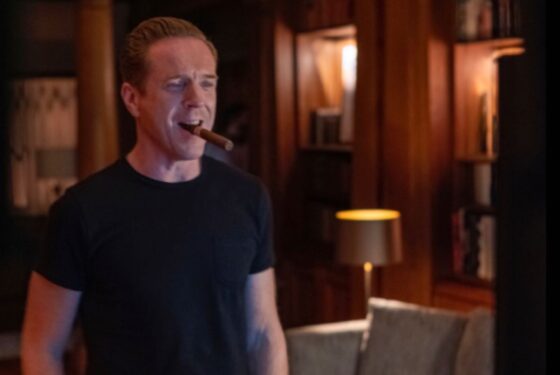 One of Billions‘ greatest strengths is how beautifully it sets up all its pieces before knocking them down. This season has been building towards the moment where Axe seems truly trapped, and this episode really delivers on that moment.

By the end of the episode, Axe will be looking at potential jail time, but for now, he’s desperately looking to get money into his bank before the whole thing is DOA. But that desperation is what will ultimately be his downfall. So, first things first, Axe needs Chuck Sr. to go to the Delaware Attorney General and report that the bank is all up to code and ready to move past its probationary period. Of course, Chuck Sr. wants something in return, so he gets a profit share for the upcoming cannabis deal. Then he goes to the AG and recommends lifting the probationary terms. The AG is confused because his understanding was that this plan was meant to trap Axe in something illegal, but he’s more than happy to sign off and get these chaotic people out of his life.

So, Axe has his bank and is ready for deposits, but he needs the right person and company to bring in funds, and on top of that, he’s eager to outdo Mike Prince. So, Axe goes after a giant cannabis company called Fine Young Cannabis, run by former music producer Dawn Winslow (Janeane Garofalo) that Prince is attempting to woo as the first depositor for his growing digital bank company.

This leads to some real messiness and posturing. Mike Prince’s daughters come to his office and say they’re ready to work; they don’t want to travel in between school years when they could be learning the business. So, he puts them on the pitch to FYC, knowing that their youth will help sell Prince as the guy to work with. Meanwhile, Axe’s man Hall is chilling in the empty floor above Prince’s office, like Gene Hackman in The Conversation, listening in on all of this.

So Hall reports back to Axe, and that’s how he gets the idea to convince FYC to bring their money to his bank instead. Axe thinks he has everything in order. He’s heard that Kate Sackler is working on a briefing to SCOTUS that outlines a case for federal legalization of marijuana, and that means Axe wants to be ready to accept this money as soon as he can.

So, Axe goes for the full-court press. He throws as much at Winslow as he can, wooing her with talk of national television advertisements (courtesy of Kate’s father Franklin) and a rare Wu-Tang Clan album. She’s hesitant to back out of her deal with Prince this late in the game, but she wants the better offer, especially with the TV ads. Then, when Kate tips off the AG to her father’s actions and gets him arrested, Axe has to go back and offer more, giving her a country house on top of everything else.

There’s just one thing left: Winslow doesn’t want to drag this process out any longer, as she just had Prince doing his due diligence and going through her company. So, in order to get the deal done and screw Prince, Axe agrees to accept Prince’s due diligence, not look further into the company, and sign the contract. It’s done.

But here’s the thing: this is exactly what Prince, Chuck, Kate, and Taylor wanted. They wanted to make sure Axe didn’t do his due diligence. If he had, he might have discovered, like Kate, that Winslow had previously used black market cannabis to help stock her company when supply was lacking. That’s just a little bit illegal, and Axe is implicated because he took the money for his bankl. So, Chuck gets Winslow arrested, and Axe is informed that he’ll likely be arrested as well sometime in the next 24 hours.

The plan worked perfectly, but at what cost?