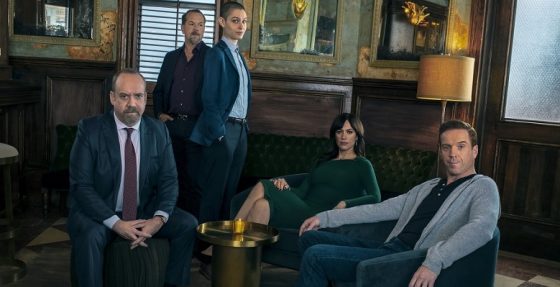 The fourth season of Billions will receive its UK premiere on Sky Atlantic on Wednesday March 20th at 9pm, it has been announced.

In the show’s fourth season, when everyone is out for revenge, no one is safe. Bobby Axelrod (Lewis) and Chuck Rhoades (Giamatti), former enemies, and Wendy Rhoades (Maggie Siff), the chief counselor to each, have come together to form an uneasy but highly effective alliance, aimed at the eradication of all their rivals, including Grigor Andolov (guest star John Malkovich), Taylor Mason (Asia Kate Dillon), Brian Connerty (Toby Leonard Moore) and Waylon “Jock” Jeffcoat (guest star Clancy Brown). Ambition and betrayal have long been at the heart of Billions, and this season all the characters find out exactly how high a price they’ll have to pay to satisfy those needs.

Read the rest of the original article at TV Wise