Damian Discusses His Most Pivotal Roles 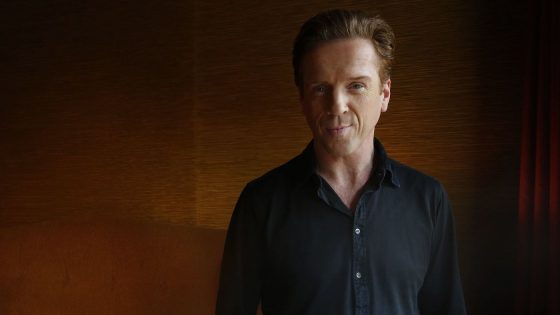 This sensibility threads through many of the actor’s film and television characters, particularly his current role as shrewd hedge fund manager Bobby Axelrod on “Billions.” The Showtime series returns for its third season tonight, bringing us even closer to understanding what exactly makes Bobby tick.

“He’s a fiercely loyal man,” Lewis says about Bobby. “He’s ruthless. He’s extremely competitive. For him, the game is everything. The playing of the game is the thing — and it is a game, so winning the game is paramount. He enjoys it.”

The role is a big shift for Lewis, 47, who got his start on British television before coming to the attention of American audiences in Steven Spielberg’s World War II epic miniseries “Band of Brothers.” Although Lewis has since had several career-defining roles, particularly as Nicholas Brody in “Homeland,” that project lingers as one of his most important projects.

“Some jobs are just gigs, but some jobs have the ability to be life-changing,” he notes. “They just alter you in some small way. ‘Band of Brothers’ was definitely one of those.”

Here Lewis discusses several of his most pivotal roles:

“What attracted me to Bobby Axelrod was to get to play a man who is willing to do whatever it takes to get what he wants and see where that takes him personally. To find out, during the course of the show, how corrupting that is on a man who is prepared to cross one line after another. What does it do to one’s soul? I saw that as potentially where it was going. And it’s enormous fun. He’s a form of gangster and it’s fun playing that kind of guy.”