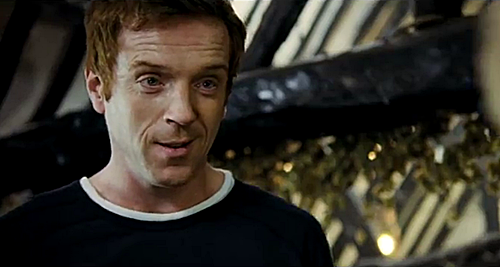 ACTOR Damian Lewis said he was drawn to playing the lead role in Will because he would get to meet Steven Gerrard.

The Band of Brothers star, who plays Will’s dad, Gareth, admitted it was a challenge to nail the Scouse accent.

Lewis said: “I am a Liverpool fan and was drawn to the film for different reasons – one of them being I would get to meet Steven Gerrard.

“I’m a Londoner, not a Scouser, but I have always supported Liverpool FC.

Co-star Bob Hoskins admitted his interest in football is “minimal”.

He said: “When I was a kid, my uncle had two daughters and he was an Arsenal fanatic and he used to drag me every Saturday morning to the Arsenal match and the stands.

“All I saw of football was people’s knees because they were all standing up so I never saw any of it and it turned me right off the sport.”