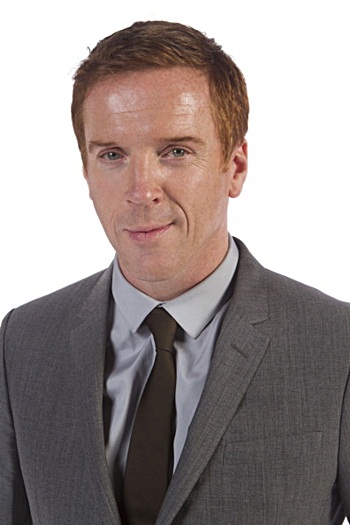 Throughout his 20s Lewis worked steadily. But he was 30 before Band of Brothers brought him headline success. His vivid portrayal of the real-life hero Major Dick Winters in the Spielberg and Tom Hanksproduced HBO series still reverberates to this day, not only for the Damian Bunnies, but for the military families he regularly meets while filming in the US.

Lewis tells a story of shooting an episode of Homeland in a Presbyterian church. The minister’s son was in the US Army, and had just returned to Afghanistan for a second tour, “and he was struggling mentally with his time there”. He asked if Lewis might film a video message to send to his soldier son. “He wrapped his arms around me, squeezed me tight, and we both looked at the camera and I just said, ‘Hello, what you’re doing out there is extraordinary, thank you so much. And I hope you get home soon’. And this father, his eyes were filled with tears. Band of Brothers brings a sort of a terrifying responsibility, and it’s also been very moving.”

It must be freighted with deep personal memories for Lewis, too. His mother was killed in a car crash in India in 2001. In the year of his breakout success, when he was suddenly thrust into the spotlight, he was also coping with crushing private anguish.

“Well, it was a lot to take in,” he says slowly. “It was a transforming year or two, definitely.” Another pause. “And it is a shame that my mum isn’t around to see more of it. That’s all. Because she was the proudest hen in the coop.”

Lewis met his wife Helen McCrory a couple of years later, around the time the actors appeared in Five Gold Rings (2003) at London’s Almeida Theatre. Michael Attenborough, who directed the play, remembers Lewis as a brilliant stage actor.

‘When he walks on stage he has a kind of energy inside him. People give it fancy names like presence and charisma, but they’re posh names for energy. Damian walks on and you know something is going to happen. There’s something inside him that’s combustible and energised.”

Attenborough also recalls the emotional intensity between his two leads. “I could have warmed my hands on it,” he laughs. “It was like directing a fire.

They were playing two characters who shouldn’t be falling in love with each other — he was falling in love with his brother’s wife. And Damian and Helen were incredibly sexy together. I wouldn’t want to suggest that the only time you get sexy performances from people is when they fancy each other, but I’m absolutely sure it did us no harm.”

I ask Lewis if he and his wife would like to act together again. “Yeah, definitely. I have a pipe dream of maybe running one of the smaller theatres in town. So, yeah, there are lots of notions running around.”

The read the full interview at the Irish Examiner.