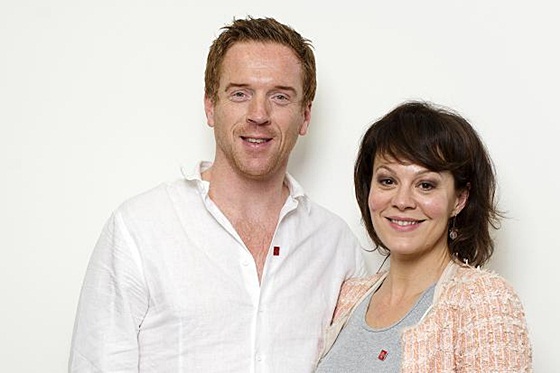 Here’s a short article from The Times on The Prince’s Trust with mention of an event Damian and Helen McCrory attended on May 23rd.

Last Thursday I sat in on a visit to the Prince’s Trust by two of that organisation’s ambassadors, the actors Helen McCrory and Damian Lewis. They were there to listen to — and encourage — some of the young people supported by the Trust’s Enterprise programme, which offers advice and low-interest loans to disadvantaged young people hoping to start their own business.

There were seven such beneficiaries present, aged between 25 and 36, five men and two women. Each gave a potted version of their lives — seven different stories from different towns and cities, each with a sad start yet each, thus far, with the happy outcome of a life turned around and a business venture established.

Most of the stories had something else in common, something you hear all too often. As children, most of these young people were struggling with physical or mental impairment and/or a difficult or dangerous home life. Yet, when the state had its best chance to improve their lot, ie, when it had them in its care for the 11 years they were in school (or at least supposed to be) not only did the state fail to make their lives better, it made their lives worse.

Read the rest of the article here at our gallery.

Thanks to Kaz for the scans!