My Night with Damian Lewis

“I went to a mah-velous party!” as Noel Coward once opined. And following in Noel’s footprints, so did I, your friend Liz. This in the fabled La Grenouille restaurant on East 52nd Street off 5th Ave. This most recent party was hosted by a mysterious and charming man who prefers to be nameless. He had seated me at the very end of a table of VIP’s, with no one on my left. This gave me a golden opportunity to pay full attention to the really big movie-TV-stage actor on my right. He just happened to be one of the hottest men of the moment — Damian Lewis. 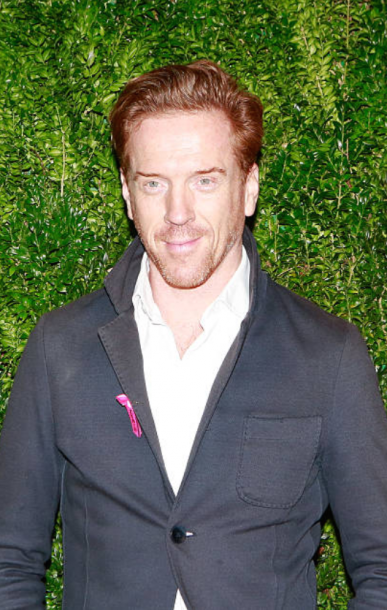 Across from the two of us was the die-hard pro-Hillary super-fan, the ebullient Liz Robbins. She saw me hand Mr. Lewis my card, as I was trying to impress him with my modesty! (I said to Damian, “This is who I used to be when I was a big deal back in the Dark Ages, before you were born.”) This enthusiastic good-hearted actor began to laugh and said, “I know exactly who you are.”

I answered brightly, “So you have nothing to fear.”  (We have never really met.  I’ve seen Damian, always looking sharp and sexy, at a number of events, screenings, mostly.  But I am actually rather shy, believe it or not.)

The entire dinner party was already stunned at  my “VIP” seat and many were getting ready to push me aside and mob Damian, or tell him that they, or their children/grandchildren adored him. But the ubiquitous Liz Robbins, naturally, began to compete with me for Damian’s attention. She told us all about herself, her hopes and dreams for a Clinton victory, despite all odds.

Damian and I listened contentedly to this explanation of Robbins’ rave for Hillary Clinton. Then she paused. Damian spoke up. “So, you are actually a lobbyist with deep ties to Washington!” This threw our end of the table into happy convulsions, because by now others were listening. The two Liz’s had scored big.

Damian Lewis turned out to be super smart, super nice, and proceeded to tell us about his two children in London and to laud his wonderful wife, the actress Helen McCrory. (Helen came to visit us and knelt down to chat during dessert.) When I told her how her husband had raved about her, she just laughed, saying, “He is SO lucky!”

Indeed, both these actors are a brilliant cut-above the rigors of mere TV, splashy publicity. In the first place, they are highly intelligent and realistic. Their multiple awards and honors would sink a large ship!

All in all, Damian Lewis was everything I’d imagined — and much more — then when I’d merely glimpsed him from afar, among the maddening crowd.