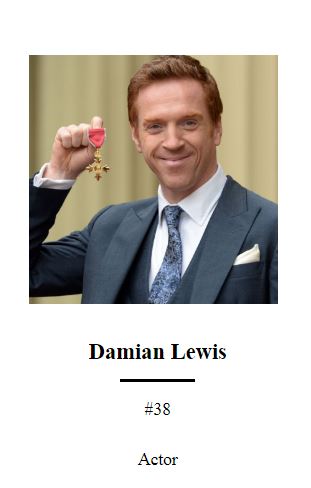 Damian Lewis moves up in the ranks, from #46 last year to #38 this year. Congrats!

From June each year, two teams of researchers begin curating and researching names for the list which are put forward to a panel of judges for consideration. This part of the process referred to as the “nominating process” is open to the public who can submit their suggestions to the judges via email.

From early November the judging panel begin scrutinizing the list and place individuals put forward in order, taking into consideration their achievements both past and present. Following which, the President of London Power 100 is advised of the final list by the middle of January. After reviewing, the list is published in March.

President Nicholas Taylor stated, “I have had the pleasure of working with and alongside many local businesses, entrepreneurs, charities and media personalities across film, music, and sport who have in some way influenced London’s landscape. It is not surprising that 2020’s list is made up of individuals who have in some way left their mark on the City, both past and present, from a broad spectrum of skill sets. Congratulations to this year’s inductees.”

END_OF_DOCUMENT_TOKEN_TO_BE_REPLACED 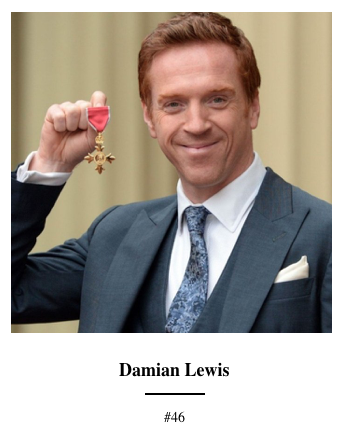 The new London Power 100 was published today. Actors, actresses and producers made up 20% of the list which shines an alternative spotlight on the key movers and shakers amongst London’s elite.

London Power 100 President Nicholas Taylor explained the list and how it was decided: “After months of deliberating and research the list has collated the top 100 power players worth knowing in London.”

Commenting on the film industry’s prominence on the list, Nicholas Taylor said, “film is an industry in which Britain is a world leader – our actors and filmmakers are amongst the very best on the planet and I am delighted to see this diverse, all-encompassing sector so well represented. London is and always has been the very centre of the British Film Industry and the list reflects that with Londoners covering every aspect of the movie industry from the stars of billion dollar Hollywood blockbusters to homegrown independent films.” 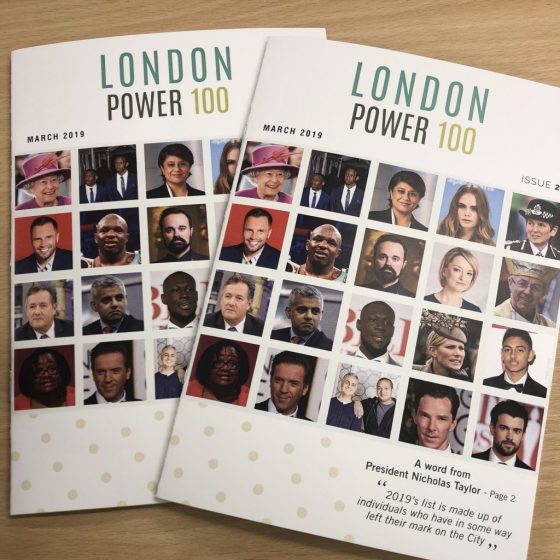 Read the rest of the original article at Film News

London Power 100 is an annual list of the 100 most influential people in London. Our inaugural list will include a wide variety of high achievers and power players in the city and from the city of London!

The aim of the list is to identify who the movers and shakers in the capital are. The list will be under the watchful eye of celebrated lawyer Nicholas Taylor. Taylor will be in charge of curation of names and overseeing the judging process which begins shortly after the new year.