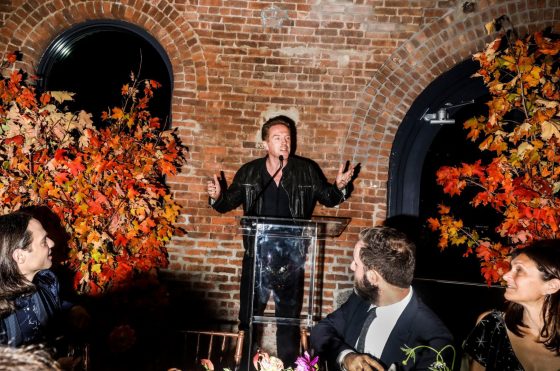 On Monday night, the toast of Broadway traveled to Brooklyn for the American premiere of Duncan Macmillan’s People, Places & Things staged at St. Ann’s Warehouse in Brooklyn, NY.

Following sold-out productions at London’s National Theatre and then on the West End, Denise Gough has reprised her Olivier Award–winning role as Emma alongside much of the original cast.

All were on hand at the elegant post-curtain dinner, hosted by Vogue’s Anna Wintour. There, underneath the theater-style lights in the auditorium, Damian Lewis warmed up the room with a little-known anecdote from when he first began dating now-wife Helen McCrory in 2005. At the time, McCrory was playing the part of Rosalind in the West End production of As You Like It. Lewis recounted a conversation he had with McCrory: “She said, ‘If there’s any justice in this world, the girl who is understudying me is going to be a fucking star,’” Lewis recalled. “‘She’s brilliant.’” As fate would have it, the understudy was Gough.