Researching Charles Doughty-Wylie for Queen of the Desert 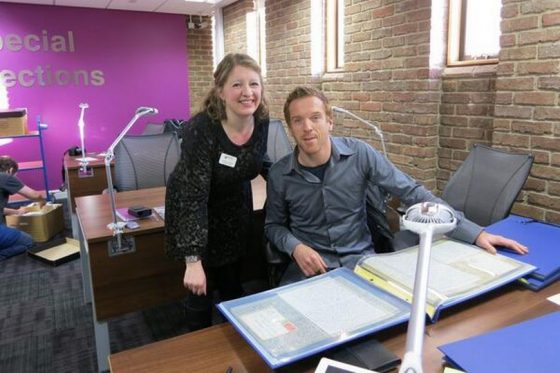 It was a far cry from the set of smash hit drama Homeland for actor Damian Lewis when he popped into a Tyneside library. The English actor, known to millions of viewers as Marine Sergeant Nicholas Brody, visited the city this week to delve into Newcastle University’s Robinson Library archives on Washington-born explorer Gertrude Bell.

Having previously starred in Band of Brothers, since 2011 he’s been playing Brody, a turned prisoner-of-war in the American hit show.

Seen here with library archivist Geraldine Hunwick, the actor was researching his new role as Charles Doughty-Wylie in the new film Queen of the Desert.