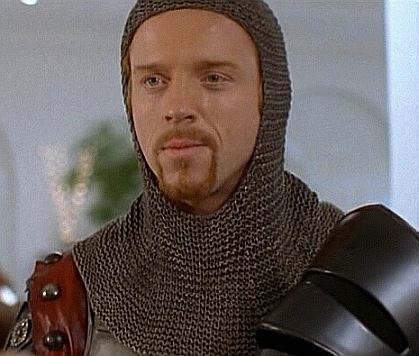 The photo above shows Damian Lewis in “fancy dress” as a knight in the BBC production of Shakespeare Retold – Much Ado About Nothing. This seems a fitting image because Damian is currently in Northern Ireland filming the role of a “dastardly knight” in Your Highness, the medieval comedy directed by David Gordon Green.

Here’s some news about Your Highness:

Claire Hall and her daughter Caitlin have just returned from Ireland where they acted as villagers for the filming of Your Highness. Ms. Hall and her son Bradley will also appear as extras in Harry Potter and the Deathly Hallows with Helen McCrory as Narcissa Malfoy.