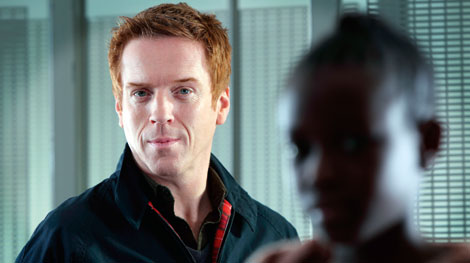 The remaining tickets for the May 9th BFI Southbank screening of Stolen, previously only available to BFI members via ticket

ballot, will be released for sale to the public on Tuesday,

April 12th. Tickets may be purchased through the BFI box office. Click

details. Thanks to Sami for the news!

Details of the screening from the BFI event page:

TV Preview + Q/A with Damian Lewis: Stolen
Damian Lewis leads the cast in Stolen, a new single film for BBC ONE from the writer of Five Daughters, Stephen Butchard (House of Saddam, Vincent).Lewis plays Detective Inspector Anthony Carter in a fast-paced thriller about human trafficking in Britain today. Carter works in the Human Trafficking Unit, battling to make a difference to the plight of exploited children being smuggled into the UK and, from there, to anywhere and to any fate. If Anthony could save just one of those kids whose faces deck his wall, it would all be worth it. Followed by Q&A with Damian Lewis, Justin Chadwick & Stephen Butchard (work permitting)