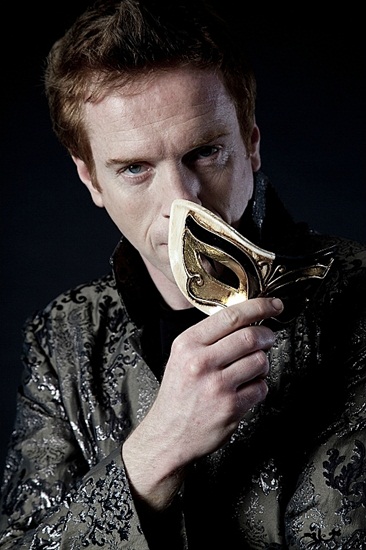 Damian Lewis has played a vast range of characters, from emotionally racked fathers to villainous aristocrats. But his recent television projects suggest that he’s developing a specialty: prisoners who find life outside to have its own considerable challenges.

In NBC’s quirky series “Life,” Lewis played an ex-cop released after years of being wrongly imprisoned. And now in Showtime’s “Homeland,” which premiered Oct. 2, Lewis takes on the role of Marine Sgt. Nicholas Brody, who is rescued after spending eight years in Afghanistan as a POW. Although he returns home a war hero, he is obviously troubled. A CIA agent believes Brody may actually be planning a terrorist attack against America.

“These two men do seem to have similarities,” said Lewis recently by phone during a break in the filming of the drama, which is winding up production of its final first-season episodes in North Carolina. “They both seek revenge. There’s a vigilantism to both of them.”

Brody in the initial episodes is ominously quiet, conveying a turmoil beneath his haunted expressions, highlighted by strikingly blue eyes. “He’s a controlled explosion,” Lewis said.

The British actor, who makes his home in London with his wife and two daughters, has been delighted with the twists and turns in “Homeland.” It stars Claire Danes as driven CIA agent Carrie Mathison, who is battling her own demons as she obsessively pursues her suspicions about Brody. The series also features Mandy Patinkin as Mathison’s mentor.

“I’m surprised by the honesty of the writers — they have remained true to what they had originally pitched to me,” said Lewis, who undertook extensive research, including talking with former soldiers, reading firsthand accounts about post-traumatic stress disorder, and studying the Koran.

He’s invigorated by the complexity of his character and the series’ post-Sept. 11 perspectives: “This is really an explosive and controversial character. And what’s important to me in this piece is that any preconceptions about who’s bad and who’s good are challenged. The world is revealed as less black-and-white than some people believe.”

Executive producer Howard Gordon said he and fellow executive producer Alex Gansa (they previously worked together on “24” and “X Files”) felt that Brody was the most difficult of the main characters to cast and the most difficult to play. “Part of it is not knowing who he is and knowing who he is.” He called Lewis “an extraordinary actor with an all-American face, which is astounding because he’s British. He takes the role very seriously, and he’s done his homework.”

Read the full interview at the Los Angeles Times website.