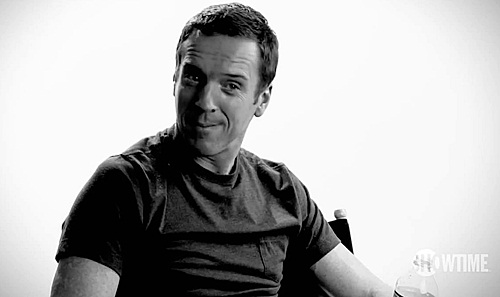 During a day of filming at a cabin on Lake Norman, Lewis took a few minutes to talk about the show and Charlotte.

Q. How are you enjoying Charlotte?

I’d never been to the state before, so it’s been a novelty. We’re staying in a great neighborhood in SouthEnd, and I’ve gone out of Charlotte and I’ve seen the countryside, and I’ve been to see some music here. I’ve got my belly full of some of your Southern cooking.

Q. How are your kids adjusting?

I have two small children, 3 and 4 years old. They love it. They learned to swim here.

Q. Tell me about your character, Sgt. Brody.

Brody is a U.S. Marine sergeant who went missing in action shortly after enlisting. He’s lost in Iraq, presumed dead, and then they find him having been a prisoner of war in an al-Qaida cell. … That’s the premise of the story – whether he is or isn’t a threat, and if he is, whether she’ll (Danes’ character) catch him in time.

Q. It’s interesting that the director included flashbacks with Brody. What do you think they add to the show?

Flashbacks used well are very powerful and certainly in a show like this, a mystery and a thriller. They can illuminate, obfuscate or create an ambiguity. You see Brody committing an atrocity he’s forced to do. It has a huge psychological impact on him. It helps you understand his character a little better after he returns home.

Q. What’s it like playing an American? You’re very convincing.

Thank you. I’ve played Americans a lot. The first time was in “Band of Brothers,” and I was very conscious of Americanisms, and concentrated hard to have an authenticity. When I’m at work, I speak in an American accent all the time, not just when I’m on set. When I leave the house, I become an American and I stay that way all day. It’s sort of become part of me.

Q. How do you like working with Claire Danes and Mandy Patinkin?

She’s a sweetheart. She’s smart, funny, talented and a really good cook. I love talking to (Patinkin) about old theater stories. He’s invited me hiking a couple of times, and I get to hear his whole repertoire in the mountains as we go walking along.