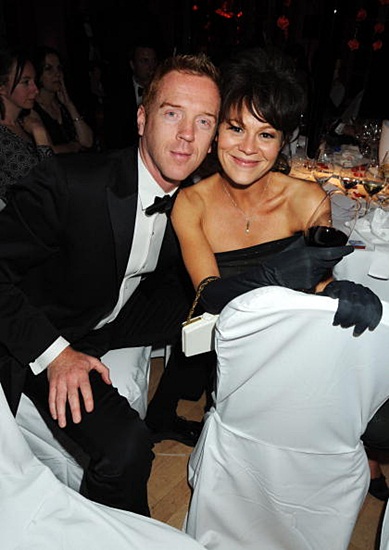 According to Damian’s personal assistant, Damian Lewis and Helen

McCrory will be taking part in the Macmillan Celebrity Christmas

Stocking Auction on December 7th. Damian and Helen have contributed a stocking list and will be attending (as always, if work commitments allow). Here’s what the Macmillan Cancer

Some of the fabulous celebrities who created their dream Christmas

us what they would like to wake up to on Christmas morning.

Join us at this year’s spectacular Macmillan Celebrity Christmas

Stocking Auction on Wednesday 7 December, where you’ll have the chance to

bid for some of the most desirable stockings yet.

incredible luxury items including a gift of gold in every stocking.

Enjoy a drinks reception at The Grosvenor Square Marriott Hotel,

London followed by a three course dinner whilst the Celebrity Stocking

Fantastic live entertainment will take centre stage, including a

special performance from Rick Astley, making this one of the most

glamorous events to be seen at this Christmas.

information and to book tickets.