A Toast to the Greatest Cop Show Time Forgot 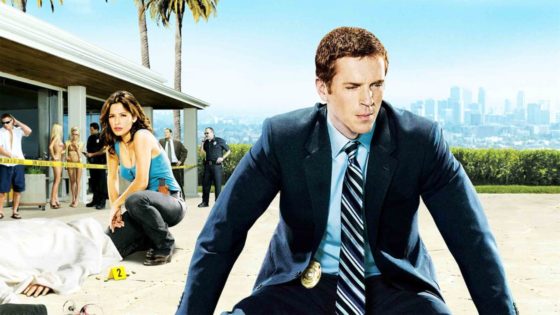 Happy 10th, Life! On its tenth anniversary, it only seems fair to give Life another day in court.

Life is a difficult name to live up to. There’s the board game, there’s the cereal, there’s the thing itself—and then there’s the TV show. The series, created by Rand Ravich, ran for two seasons and a total of 32 episodes from September 2007 to April 2009. Over the course of its run, it didn’t quite seem to gain any real traction; much of what was said about it was less original observation and more comparison to other shows, specifically Monk and House, which also followed a procedural structure and featured a straight man/weird man routine. Unfortunately, Life hasn’t fared much better in the decade that’s passed since the pilot. The only context in which it’s been mentioned has—in a stroke of irony—been in reference to its generic name. But even just a quick survey of the show will make it clear that Life is far from generic.

The show centered on Charlie Crews (Damian Lewis), a detective recently reinstated after serving 12 years out of a life sentence for a triple murder he didn’t commit. He was partnered with Dani Reese (Sarah Shahi), a recovering alcoholic and drug addict working her way back into the good graces of the department. While the show followed the typical “cop show” template of solving a murder each week, it also set up a larger arc: that of Crews’ solo investigation into who’d actually committed the triple murder, and why he’d been set up to take the fall.

Straight off the bat, Life set itself apart from the rest of the procedural crowd in that it dealt with incarceration on a deeper level than simply putting its villains behind bars. In part, this was due to the fact that the two lead detectives constantly returned to Pelican Bay State Prison—where Crews himself had served his time—to speak to the inmates about ongoing cases as well as Crews’ past. It was also built naturally into the narrative, as Crews’ incarceration and its effect on his mental and physical state was a constant point of contention for everyone around him. Much of the first season hinged on the police lieutenant attempting to get Reese to file reports on Crews’ “improper” behavior in an effort to get him off the force again, as well as Crews’ slow reintegration into society after having lost his wife and his friends while in prison.

The primary mechanism through which the show brought this to the forefront was also unique: instead of making Crews zany for the sake of being zany, every quirk was born out of his time in jail. His adoption of Zen Buddhist philosophy was a way of keeping himself sane in isolation; his fondness for fruit was a result of the lack of it in the prison cafeteria; his confusion at modern technology was because he’d essentially been stuck in time for 12 years.

The humor in his idiosyncrasies was intrinsically balanced with the stark reasons behind them. After all, the show’s central arc was as much a quest for justice as it was for revenge. The point was driven home by the style of the show as a whole. Life utilized documentary-style segments between scenes to provide more and more context for what had happened to Charlie Crews (as well as what he’d been like prior to his incarceration), removing any chance of clunky, exposition-laden dialogue by making it a feature on its own. The segments ranged from talking head interviews with Crews’ peers to crime scene footage, and despite their clinical nature, they were integrated into the show to a degree that enforced attachment and reliance on that grounding presence.

That build-up only made it more alarming when, in the final episode, the “documentary” camera crew was killed by one of the show’s primary villains. The slow burn between Crews and Reese mirrored that kind of close attention, as well as Life’s overall balance between light and dark. Their relationship dodged one of the usual cop show tropes as it remained platonic. The lack of romance—and ultimately even sexual tension—between them was something that the show tried to make up for by pairing them up with other characters, but the primary emotional touch-point of it all was still Crews and Reese. To wit, while the series finale resolved how and why Crews had been framed, the emotional payoff was tied less to that revelation than it was to exactly how strong the bond between the two detectives had become. Reese had been kidnapped, and the finale hinged on Crews’ willingness to give himself up in exchange for her; to drive the point home, the scene played out to one of Crews’ Zen kōans: “One plus one equals one. We even have a word for when you, plus another, equals one. That word is love.”

Life faced a number of challenges from its outset. It was another entry in a genre that’s grown rote (there’s a reason cop shows are so easy to parody), not to mention production challenges including the writer’s strike and a cast pregnancy, all on top of a name that was hard to market at best. But even though it was ultimately cancelled by NBC, it was and is still an anomaly.

Read the rest of the original article at Daily Beast