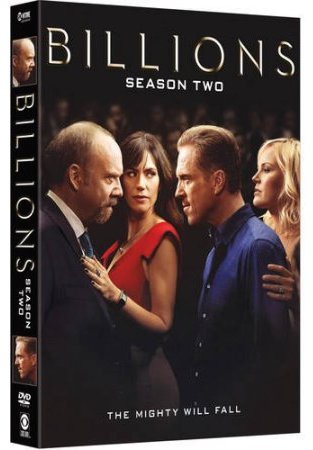 Billions gets four out of five stars and is hand picked for one of the best television box sets of the year on the “Gift Guide: The Best TV Box Sets for Christmas.”  Only five made the list. Billions joins the likes of Blue Planet II, Dissent & Disruption: The Complete Alan Clarke at the BBC, The Vietnam War: A Film by Ken Burns and Lynn Novick, and Victoria Series 1 and 2.

The Times writes, “For the alpha male in your life, this US drama (shown in Britain on Sky Atlantic) is a high-wire gift: it’s a high-finance romp that he will find wildly addictive; just hope that it doesn’t encourage his worse instincts. Depicting the strategic, but hate-fueled game of chess between a crooked billionaire hedge-fund boss played by Damian Lewis and the District Attorney on his case played by Paul Giamatti, it looks sleekly wonderful, leads you in unexpected directions and has much pumped-up macho dialogue. It’s great, power-mad fun.”