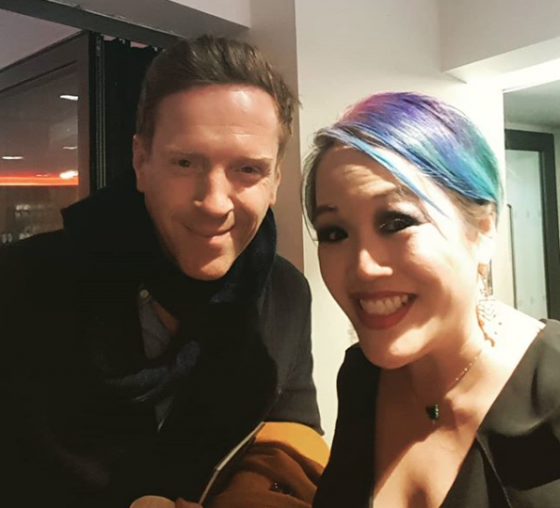 Damian was in attendance at London Symphony Orchestra’s Music of Exile: Genesis Suite & Bartok’s Concerto for Orchestra on Saturday, January 13 at Barbican Centre’s Concert Hall in London, where Helen was one of the narrators. Rarely performed since its 1945 debut, the Genesis Suite was revived by the London Symphony Orchestra and conducted by Sir Simon Rattle, accompanied with visual projections conceived by creative director Gerard McBurney.

“It’s a fascinating work because it’s a very political gesture – it’s a Holocaust protest,” says McBurney. “The story focuses on Adam and Eve, Cain and Abel and the Tower of Babel, all of which are a series of broken promises. So, for me, this is a story about the lies that our leaders tell us.”

The piece is a composite suite by seven leading composers of the time, including rivals Arnold Schoenberg and Stravinsky, to bring together the “high art” composers in the US fleeing persecution with the popular culture of Hollywood scores.

Both Helen and Damian are seen pictured here with Maxine Kwok-Adams, violinist of the London Symphony.

Amazing to chat to #helenmcrory about the amazing tv drama #fearless . She was one of the narrators in #genesissuite A bonus that her husband @lewis_damian was in the audience! Hope they enjoyed Bartok's concerto for orchestra too! @londonsymphony @SirSimonRattle pic.twitter.com/1ozBD2muOH

Here is Helen at dress rehearsal the day before with Sir Simon Rattle, Conductor and Simon Callow, Narrator.