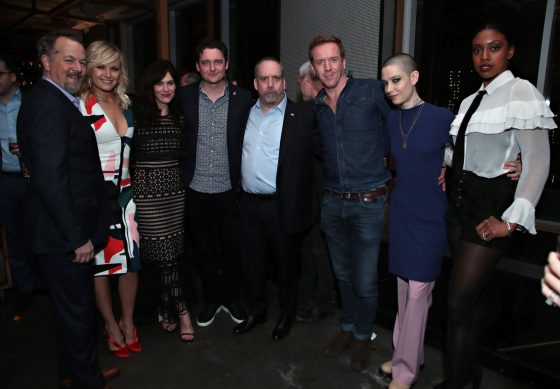 Showtime’s Billions is confounding for an entirely different reason: it’s a metaphorical 5D chess game played between a financial genius and an obsessive U.S. attorney that includes loopholes, double-crosses, and those titular billions of dollars. Last year’s season 2 finale, “Ball In Hand,” was all about the catastrophic fallout from a Wall Street IPO. Honestly, Billions should either come with a Hedge Fund 101 class or live annotations.

Watching Chuck Rhoades Jr. (Paul Giamatti) take down archenemy Bobby Axelrod (Damian Lewis) over 10 months ago was as thrilling as it was confusing, and that was when fans had 11 prior weeks of short-term plot memory to back them up. Now, Billions, returning for season 3 on Sunday, March 25, has been off the airwaves for nearly a full year, and it’s easy to forget what all the fuss was about.

To help you remember exactly what’s going on with New York’s pettiest fictional power players, we put together a handy gallery to remind you where we left off with every major Billions character. Keep scrolling for the refresher course you need.

Chuck has been trying to find a way to bring Bobby down since the beginning of Billions, and he eventually finds the right avenue in the most unexpected of places: a juice company. As we find out in season 2’s penultimate episode “Golden Frog Time,” Chuck’s father, Chuck Rhoades Sr. (Jeffrey DeMunn), asks to use Junior’s trust to invest in Ice Juice, a ridiculously-named juice purveyor Junior’s best friend Ira (For The People’s Ben Shenkman) is also invested in. Chuck Jr. says “yes,” pretending he wants to help his loved ones, but, he realizes this is how he can catch Bobby in a criminal act.

So, Chuck has incarcerated investment bank CEO Lawrence Boyd (Eric Bogosian) tell Bobby about Senior’s Ice Juice investment in exchange for his freedom. Chuck is sure his enemy will take the bait and ruin Ice Juice. Spoiler alert: Bobby does. While all of this is happening, Chuck pulls some strings to make Oliver Dake (Christopher Denham) a U.S. attorney, and tells Dake to have agents follow Bobby, everyone associated with him, and every Ice Juice store. When Bobby has people poison themselves while drinking Ice Juice on the day of its initial public offering, in an attempt to tank the multimillion dollar opportunity, the FBI catches all the evidence. As Chuck eventually spells out, Bobby poisoned people, tampered with stock, and manipulated the market.

Yes, Chuck’s entire trust is gone — his dad put it all in Ice Juice without telling anyone — and his father never wants to speak to him again, but, he has finally ruined Bobby.

In Chuck’s mind, he can still run for New York State governor, which has been his goal all along. 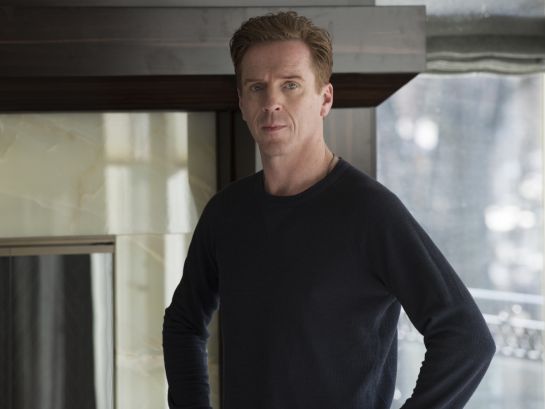 While “Golden Frog Time” ends up being Chuck’s episode, “Ball In Hand” belongs to Bobby, who starts off the installment with a physical morning wake-up call from a freshly-released Boyd. He informs Bobby the government is coming for him and plans to get him that very day.

Bobby immediately jumps into action and tells his wife Lara Axelrod (Malin Akerman) he’s going to “fucking fight.” That means setting up Armgedeon protocol at Axe Capital and dashing from place to place before the FBI catches up to him.

Amid all of this running around, the most integral moment to remember is his phone conversation with Lara, where he claims he’ll come home to give her a hug goodbye before getting arrested. This turns out to be a purposeful lie to get the FBI to head to casa Axelrod while Bobby couldn’t be further away. Consider Lara disillusioned.

Instead of seeing Lara, Bobby goes to see his business collaborator Wendy Rhoades, Chuck’s wife, at the 9/11 Memorial. Bobby, fans will remember, is a survivor of the Twin Towers attack, so the place has extra meaning. Bobby gives Wendy his big apology for everything he’s done wrong to her and in general until the sirens arrive, and he’s arrested. It’s unclear what Wendy whispers in Bobby’s ear during their goodbye hug, but we can all assume it’s big.

By the end of the episode, Bobby and Chuck have their big showdown while the former is in custody. Bobby sets up season 3, swearing to ruin Chuck, even if it destroys him as well. Then, the CEO is let out on bail and returns to what seems to be a completely empty house. He probably should have given Lara that hug.

Read the rest of the original article at Refinery 29