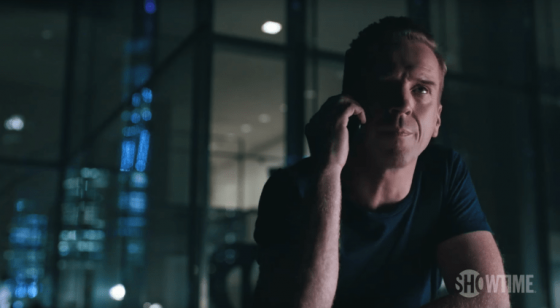 Axe’s trading license has been frozen—he’s no longer running Axe Capital—and in the second episode of Billions’ third season, “The Wrong Maria Gonzalez,” he has honored this legal mandate and stepped to the sidelines! He’s hanging out with his kids more, eating healthy … oh, forget it, you know I’m kidding. Axe wants to pull $2 billion from Axe Capital to do all sorts of shady shit with it behind the scenes, and you know he’s not attending his sons’ Little League games. And that clusterfuck is just the tip of the IceJuiceBerg this week. Let’s get to it. 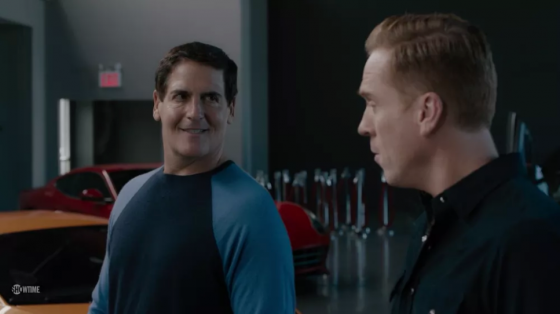 Look, I’m not biased against Mark Cuban. It makes perfect sense that the billionaire Dallas Mavericks owner–Shark Tank judge would show up on Billions, which has probably incorporated at least one IRL Cuban story we don’t know of. My problem is that his acting, if you can call it that, was awkward and stilted in a way a suave billionaire shouldn’t be—especially in front of someone like Axe.

I can’t believe I’m saying this but Mark Cuban, just be yourself next time.

Wendy got a lot of those meta moments this week. My favorite instance came when Axe called her and groaned about not being able to trade, and how he regrets giving his signature in the agreement that temporarily freezes his trading license. “It wasn’t the signature that did it,” Wendy replied. “It was the living like there were no rules, that’s what made the signature necessary.” We know that, Wendy, but thank you for turning subtext into straight-up text—again!

Axe wouldn’t be caught dead going to his boys’ baseball game, not when there’s under-the-table trading that can be done! So the kids ask “Uncle Wags” if he can attend instead. “Is it official Little League?” he asks. 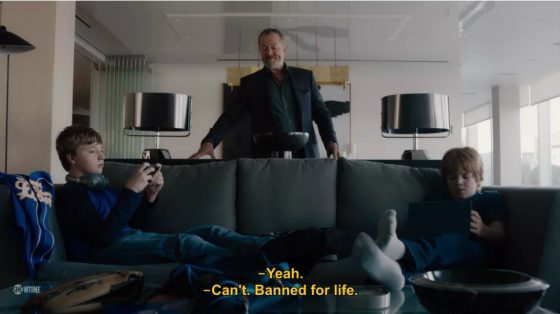 Billions, please, we need to know why Wags was banned from Little League. The possibilities are endless, but I can’t imagine it didn’t include snorting some pills, body sushi—or both. 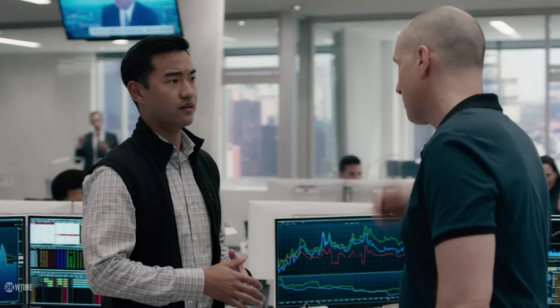 Really liking this aesthetic for Ben Kim (Daniel K. Isaac, a smiley boy). The all-black vest really complements the gray patterned shirt, and because Axe Capital was just hit with a huge loss after a tsunami struck Brazil—where they have stock in sugar—it’s appropriately gloomy for what would be a gloomy trading day.

We’re not done with Ben Kim this week. Poor Ben. He is so lovable, so wholesome, perpetually nervous at work, and definitely too pure for the finance world. He also says, “I’m here to break the glass … in case of emergency, you know?” to Wags and Taylor (they knew) in a manner that was so uncomfortable I nearly jumped off of my apartment’s fire escape. 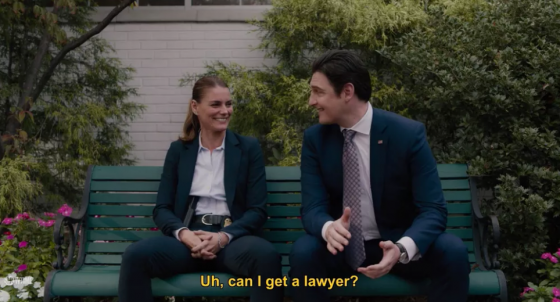 The Most Spyros Moments

There’s a two-way tie this week, between Spyros telling his Axe Capital coworkers that “Tough Mudders are the new walkathons” (I have done a Tough Mudder and … I disagree) and explaining what makes a good flat white to Axe in painstaking detail. Flat whites are an Australian invention—I’m not ashamed to admit I knew that; flat whites are the lawful good in the coffee matrix and deserve the hype—but Spyros assures Axe that he can still find a good flat white in New York City. 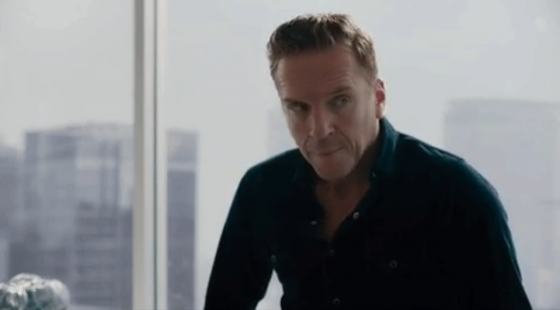 Look at the pain on Axe’s face while Spyros rambles on about coffee; this exasperation from Damian Lewis—that, my friends, is what we call acting. 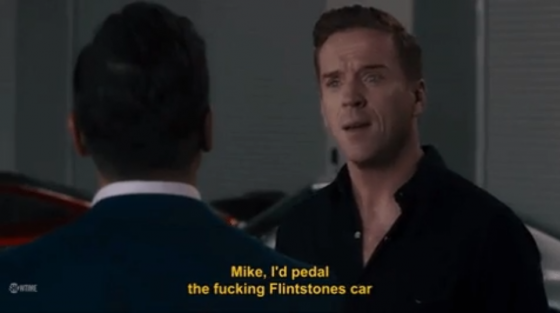 Just because Axe is low-key groveling to be included in other billionaires’ financial ventures doesn’t mean he’s not going to verbally eviscerate them if they float one over the plate.