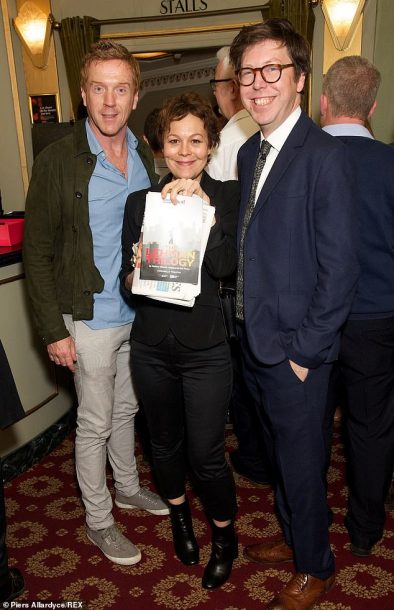 The red carpet has been rolled out and the Piccadilly Theatre is ready to welcome guests for #TheLehmanTrilogy’s Opening Night tonight. pic.twitter.com/rZVIYIPQ1q

Damian Lewis, Helen McCrory, Natalie Dormer, Iain Glen and Stephen Mangan are among guests at The @LehmanTrilogy at the Piccadilly Theatre tonight. #TheLehmanTrilogy