Premiere League for a Premiere Gent 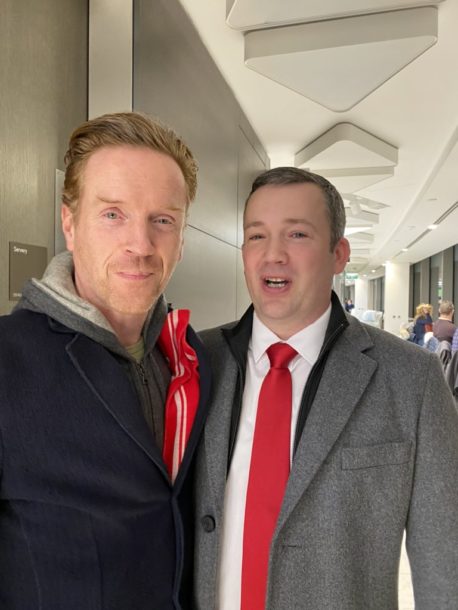 Looks like this ‘ole chap cheered on his Liverpool team on Saturday, January 11, 2020. He was spotted at the match by a couple of fans who captured the Red on social media. We see that LFC scarf peeking out from under your jacket! 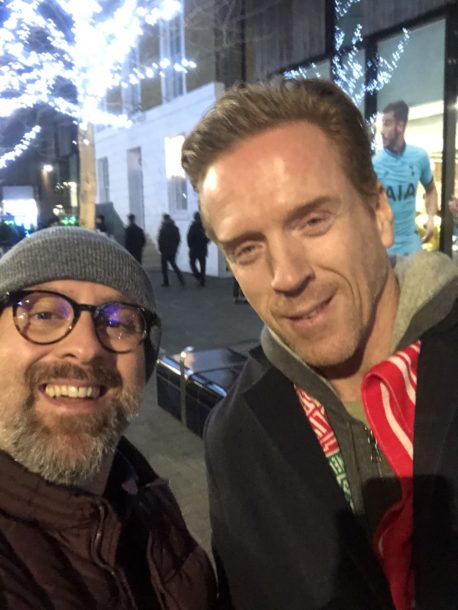 Liverpool strode 16 points clear at the top of the Premier League standings Saturday with an accomplished 1-0 win at Tottenham Hotspur. Roberto Firmino’s ice-cool finish eight minutes before half-time proved decisive on the Reds’ first visit to the Tottenham Hotspur Stadium, with Leicester City’s defeat earlier on Saturday meaning another victory increased their cushion at the summit. Having controlled the vast majority of the game, Jurgen Klopp’s side successfully resisted patches of late Spurs pressure to register their sixth consecutive Premier League shutout. The win also takes Liverpool’s points total to a staggering 61 from a possible 63 this season — another new record in a campaign of relentless brilliance.

“Met one of my favorite actors, Damian Lewis, and I couldn’t contain the excitement. Being a huge Homeland and Billions fan, then meeting this very talented thespian that I look up to was the icing on the cake. Such a humble man. Thank you for your kind words.” 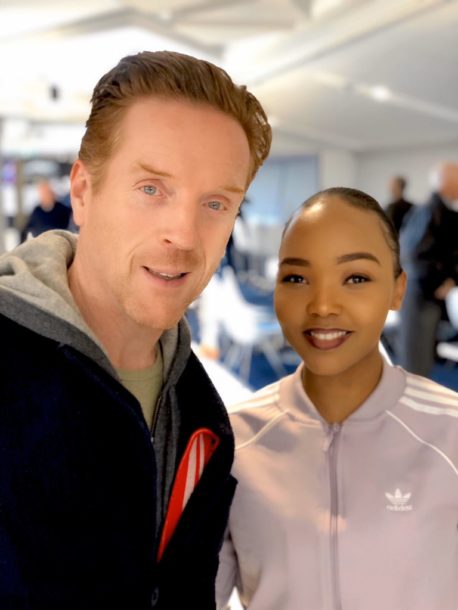