Mastering an American accent has become a rite of passage for British and Australian actors, and assorted other former British colonies. It’s an interesting phenomenon: in America we send most of our young actors through the teenybopper homogenizing machine, which spits out enough semi-interchangeable over-coiffed influencers every year to fill Disney Channel sitcoms and country music contracts. The downside of which is that casting directors looking for someone “authentic” looking frequently land on actors born and raised thousands of miles away. Half of our superheroes are English and Australian.

This, in turn, has led to a class of actors so good at American accents that hearing their natural ones in interviews is downright shocking. This past month alone has seen the release of Judas And The Black Messiah, starring British actor Daniel Kaluuya as American revolutionary Fred Hampton, and now Cherry, starring Brit Tom Holland as an Ohioan with an opiate addiction (actually Holland’s second turn as an Ohioan after Devil All The Time). Kaluuya looks like a lock for a Best Actor nomination, but both are quickly proving themselves masters of the American accent, and American regional accents.

It’s all very impressive if the actor can pull it off. When they can’t, it’s easy to wonder if they might just be better off writing around it. Scot Sean Connery didn’t even attempt an Irish accent in The Untouchables, and for the most part, no one cared. The reverse is also frequently true, like Richard Gere refusing to sound British opposite Connery in the King Arthur movie First Knight. Peter Dinklage more recently split the difference in Game Of Thrones, opting for Mid-Atlantic. Schwarzenegger never needed to sound like anyone but Arnold Schwarzenegger. There was an interesting tidbit in the recent More Than Miyagi documentary, about Pat Morita. The American-born, American-sounding Japanese-American Morita (whose family ran a Chinese restaurant growing up) had modeled his accent as Arnold on Happy Days after a Chinese cook that he knew. But the union initially had a problem with a Japanese actor doing a Chinese accent. Solution? Morita invented a backstory that Arnold’s mother had sent him off to China when he was a boy for complicated reasons.

I guess my point here is that doing an accent is an impressive trick, but you can always just write in a one-sentence explanation too. As Rob Lowe’s character says when explaining how they could have characters smoke in space in Thank You For Smoking, “It’s an easy fix. One line of dialogue: ‘that’s why we invented the… you know, whatever.’”

The big question we had while brainstorming this list: does Christian Bale count? Certainly, he’s played lots of American characters convincingly: Patrick Bateman, Dick Cheney, Batman, the fat guy in American Hustle. But did he really trick us into believing he was American? A seamless accent feels more like a character actor’s trick, whereas Bale seems more like a lead. His characters are more like unicorns than people you’d run into in everyday life, so their accents have kind of a hyperreal quality to them. He’s such an actor’s actor that you wonder if he even has a natural accent. That English thing he does in interviews seems like just as much a put-on. Bale was born in Wales with a South African father, which may have contributed to his dialectic fluidity. 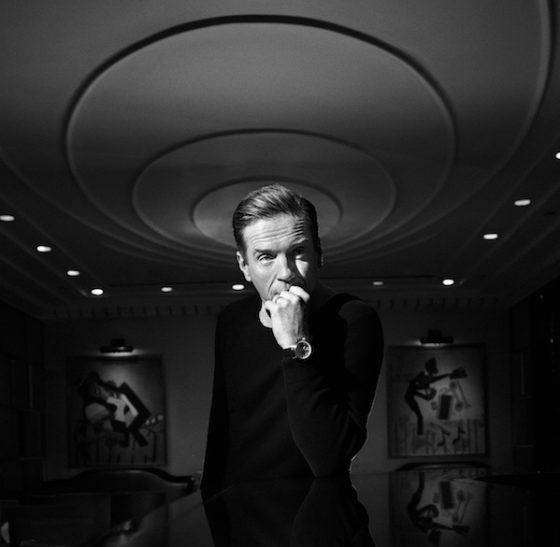 Damian Lewis (OBE) is a ginger-haired Englishman whose most famous roles are Major Winters in Band of Brothers, a Marine-turned-Muslim suicide bomber in Homeland, and Steve McQueen in Once Upon A Time…In Hollywood. Not many British gingers could pull of Steve frickin’ McQueen. And yet the London-born Lewis (no industrialists or obscure athletes in his family tree, sadly) did it all.