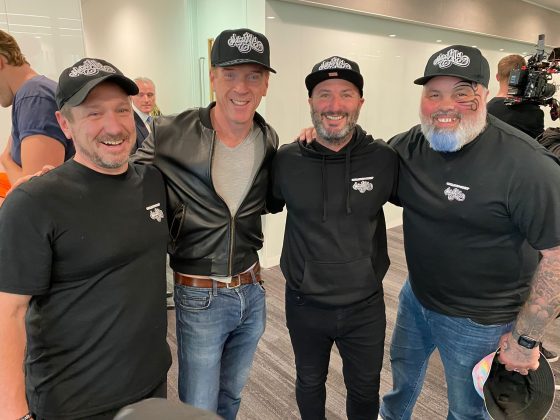 Damian was recently photographed with the MurWalls Team, a group of internationally licensed British street artists creating projects in homes, business and schools. They work with world-renowned brands to provide truly personal artwork of the highest quality. Sir HvH Arts Foundation, a charity Damian and the late Helen McCrory are a Patron of, admires their work. One can only wonder if this could lead to a mural honoring The McCrory Award. However, Sir HvH Arts has a graffiti art program as well. MurWalls not only gives businesses a perfect medium for making a statement, but also charities and community organizations.

MurWalls was founded during the Autumn of 2019 and has taken the world of street art by storm. After completing several high-profile and widely recognized murals, MurWalls have attracted extensive media attention in both national and international press. Their most recent project that received media attention was the street art tribute of Jurgen Klopp in Anfield on the side of a homeowner’s house. We know how Damian loves his LFC! 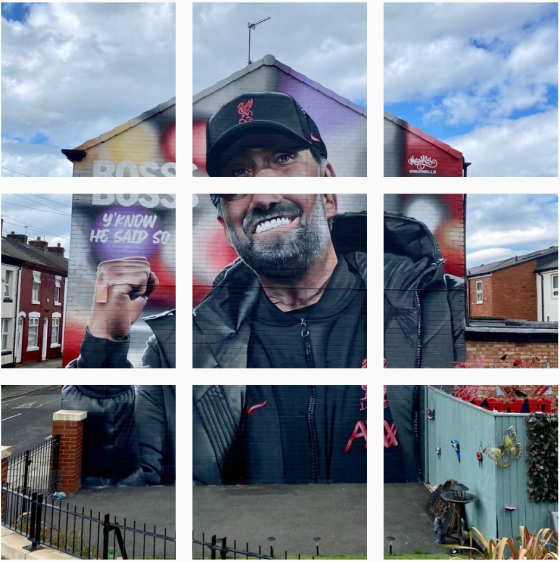 Maybe Damian is commissioning them for one of his upcoming projects or music gigs? Maybe Damian just ran into them while at an unknown event today, perhaps Premier League? Further research reveals Damian wore this same clothing on BGC Charity Day, where Sir HvH Arts was also present. And there is definitely press in the background. So our final answer is this photo was taken on Thursday, September 29, 2022 at the BGC Charity Day event.