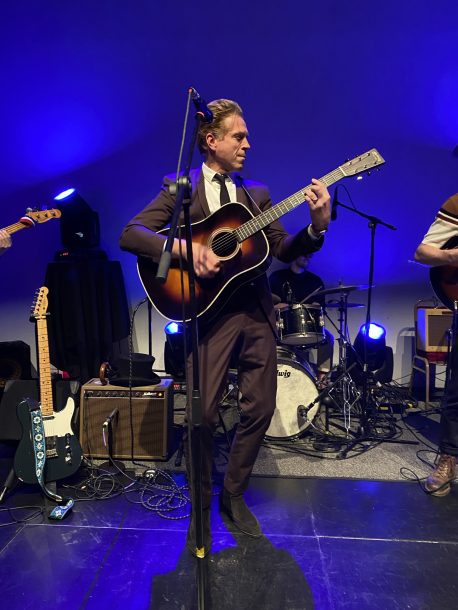 Sit down and have a listen as Host Katie Brewer chats with Damian on her next Bandwidth Conversations podcast episode, where her “focus is to talk to musicians, actors and rock stars of life.” Among many things, Damian talks about how Stephen Spielberg and Tom Hanks chose him to play Major Dick Winters in Band of Brothers, how he was given the role of Nicholas Brody in Homeland, how he created his character of Bobby Axelrod in Billions and his latest role as an MI6 agent in a new miniseries A Spy Among Friends.

Hilarious, modest, honest – not only is Damian a star of the theatre and screen, he was an absolute star to talk to. We also talk about starting a music career, his upcoming album and his life from school through acting. An unmissable episode – out Tuesday, January 10, 2023. Listen here or anywhere you podcast (Spotify and Apple Podcasts), or click below.

Here’s a little excerpt from the podcast:

📽 My podcast with @lewis_damian is OUT TODAY on all streaming platforms! Damian talks about starting a music career (@kansassmittys), his upcoming album and his life from school through to acting. Listen here: https://t.co/aQTPKXjXEr pic.twitter.com/sdK1yOBQrq