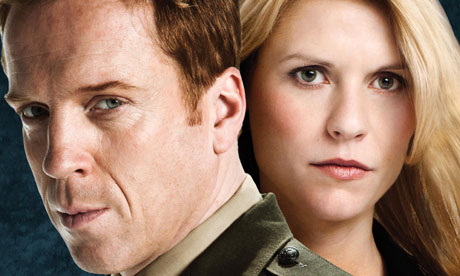 END_OF_DOCUMENT_TOKEN_TO_BE_REPLACED

From the writers of 24, the American drama Homeland is a dark thriller with a top-notch cast and some pretty big questions, says Stephen Armstrong

You can understand a lot about America by watching its television, although the process can be as nerve-racking as observing an alcoholic parent and measuring the number of glasses consumed. If you watch carefully, you can register the state of health of the world’s most powerful nation.

Take the quantum shift between the multi season series 24, American television’s response to 9/ll in 2001, and the new hit serial Homeland, the first season of which ended in December. In 24, agent lack Bauer faced down terror by any means necessary. He beat, tortured, endured and raced towards certain victory, confident that, once the traitors were unmasked, all would be well. You don’t need a newspaper to connect the dots between a certain kind of muscular public opinion and the stuff it watches on TV. The uncertainties of the Obama years, however, have produced Homeland, a dark, paranoid thriller that is effectively an apology for 24. END_OF_DOCUMENT_TOKEN_TO_BE_REPLACED