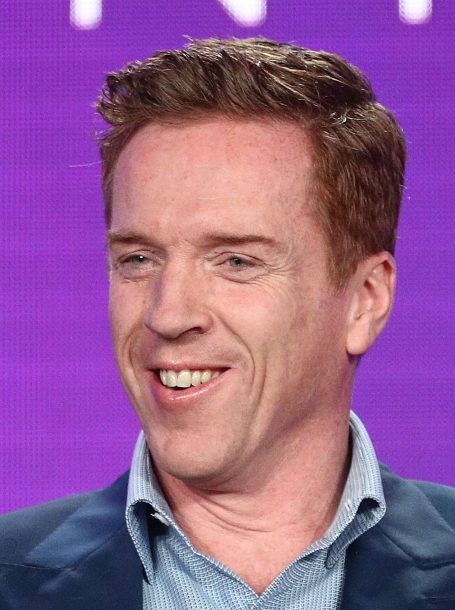 Despite just 2% of the world’s population having crimson locks, they are over-represented in high-profile public roles.

But it might be too soon for them to have the last laugh, as it’s feared the redhead gene could die out by 2060.

A new book, Ginger Pride – A Red-Headed History Of The World, examines what makes red hair so special – and confirms they really are a unique breed.

“It started off as a look at historical figures with red hair, as I noticed there was a bit of a trend,” explained author and “proud ginger” Tobias Anthony.

“But I decided to widen it to look at other topics.

“One aspect I was really intrigued by was the myth-making, like accusations of being vampires and witches centuries ago.

“Redheads play a hand in almost every aspect of the world as we know it, from Vikings to royalty (by the time Queen Elizabeth I passed, Britain had seen 138 consecutive years of redheads on the throne) to medicine.

Damian Lewis said, “The redhead stock is very high at the moment. This might be a unique moment in recent history, redheads everywhere are doing well – Prince Harry, Ed Sheeran, Julianne Moore, me, Lily Cole.”

“I think once you have this type of myth and aura connected to ginger hair, there’s some attraction to it. There is something that makes you stand out and seems to captivate people in a certain way and it makes sense to want to ride on the coat-tails of that.”

END_OF_DOCUMENT_TOKEN_TO_BE_REPLACED

Damian Lewis Homeland Q+A: “The final episode is both psychologically and emotionally violent.”

Speaking to Damian Lewis on the telephone is disconcerting — and not because Lewis, in his role as troubled maybe-terrorist Sgt. Nicholas Brody, appears likely to blow himself to bits on Sunday’s Homeland season finale. The redheaded actor has an All-American bearing on television but in reality is an eloquent Englishman with a plummy accent more suited to Boodles & Tonics than boot camp. Lewis had so much to say about his complicated character that he barely required any questions before pontificating on the psychology of suicide bombers, what Brody is really thinking, and how he and Claire Danes are like two broken birds.

END_OF_DOCUMENT_TOKEN_TO_BE_REPLACED

For a born and bred Brit, Damian Lewis has carved out a remarkably steady career playing dyed-in-the-wool Americans, memorably in Band of Brothers and on Life (he’s slated to play Union general James B. MacPherson in the upcoming Civil War mini-series To Appomattox, too). He’s added another super-convincing tortured good old boy to his résumé as Marine Sergeant Nicholas Brody, the possibly turned, ever-mysterious ex-prisoner of war at the center of Showtime’s Homeland, which stars Claire Danes as the CIA agent who’s onto/into him. On a hectic press day in Manhattan, Lewis spoke to Vulture about playing Brody, his rock-star fantasies, and filming disturbing sex scenes.