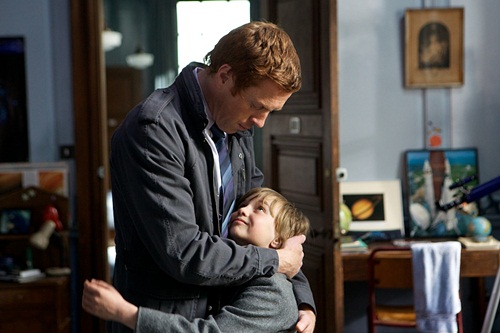 There’s a fantastic little review – and new promo still – of Will at TheHuffingtonPost.com. According to the article, it is still looking for a US distributor.

This week I went to a screening of a film which is struggling to get a major distributor to take it on and arrange for it to be seen by the mainstream American film audience. And, folks, it was absolutely the most wonderful, engaging and enjoyable movie I have seen this year!

I knew nothing about the movie when I attended the screening, but at the end I found myself crying and cheering and turning to the people in the room to enthuse about what we had just viewed. It’s called Will and was produced by (among many others) two young people, Ellen Perry and Zack Anderson, who also co-wrote it and saw Ellen Perry direct it. It’s a family film with a soccer theme, and you would think that with the red-hot soccer excitement throughout the world last week for the women’s soccer finals, astute businessmen would grab such a heartwarming movie with this theme… but thusfar none has stepped up. We must change that. …

After the screening I spoke with the filmmakers, Ellen and Zack, and learned that this film, which looks like a $50-million family adventure, was actually made for about one-tenth of that budget. A smart and strategic Turkish investor at GaletaFilms realized that it would be a fine showcase for that dynamic country and provided the bulk of the financing. A grueling 40-day shoot, of six-day weeks with strict British children’s hours, I can only imagine how exhausted the cast and crew must have been. Ellen Perry is a huge talent; this is her first dramatic feature to direct, but I now have seen her two well-received documentaries, including The Fall of Fujimori, which opened at Sundance and was nominated for an Emmy and also Best Screenplay by the Writer’s Guild (with Zack also receiving a nomination as co-writer), and her first documentary, the amazing Great Wall Across the Yangzte.

Five years later, the picture Will is done… and much to my surprise and chagrin, the big film companies are not fighting for the right to release it to an emotionally starved, waiting world audience! Hey, Sony… Universal… Paramount… MGM… and especially you, Disney, here is a heartwarming, commercial and absolutely terrific film which will win plaudits and viewers worldwide. It will certainly be on my Academy list of best pictures of the year. I can’t wait to see it again… and I bet that those two young daughters (and huge soccer fans) in the White House will feel the same way.