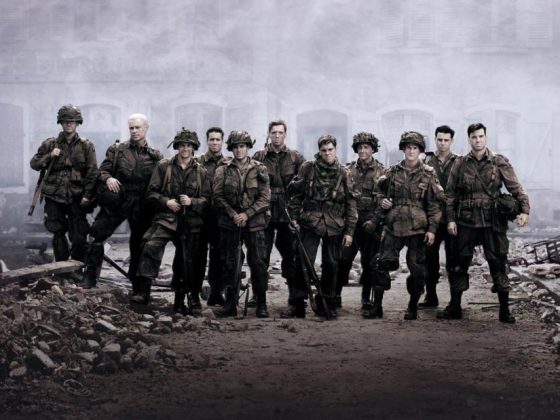 HBO has an archive of award-winning material, but perhaps the crown jewel in the cable channel’s mini-series program is Band of Brothers, a ten-episode special presentation that brought World War II to startling on-screen life in 2001.

Chronicling the real-life experiences of the Easy Company of the U.S. Army 101st Airborne, Brothers dove deep inside some of the most essential parts of the war, from D-Day to Market Garden to the taking of Hitler’s private holiday residence. The remarkable stories told within it were only bolstered by a massive cast of new and emerging talent. Much of Band of Brothers was filmed in the UK, resulting in the casting of a bevy of up-and-coming British actors as some of America’s finest soldiers (alongside plenty of American talent, too), and also guaranteeing that you’ve probably forgotten many of the men who made the series so great. 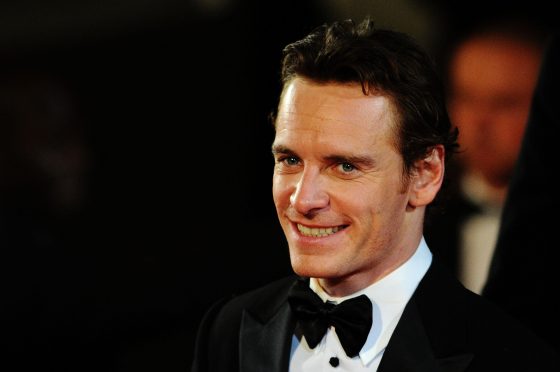 Though born in Germany, Michael Fassbender was raised in Ireland and got many of his big breaks in London—like his role as Sgt. Burton “Pat” Christenson in Band of Brothers. Don’t remember seeing Fassbender in the series? We can’t blame you—still an apple-cheeked newbie (the series is only his second on-screen credit), Fassbender may be present in seven episodes, but he really only stands out in two of them.

In the series’ opener, “Currahee,” Fassbender’s Christenson is just one of many whipping boys targeted by the nefarious Captain Sobel, and he’s punished for drinking from his canteen during a hilltop run with, yes, still more running. Fassbender most frequently appears in background shots for much of the series, including a memorable sequence in the wrenching “Why We Fight,” when he stands by while his unit attempts to make sense of the concentration camp they just discovered. 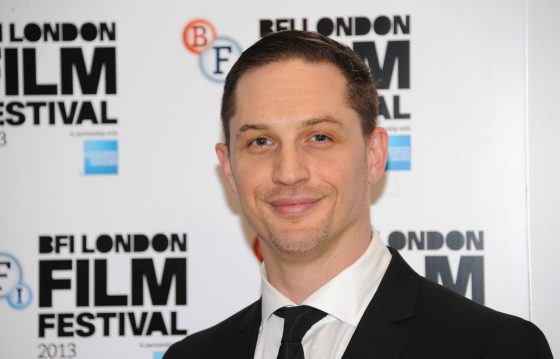 While Tom Hardy doesn’t appear in as many episodes as Fassbender (his Pvt. John Janovec is a replacement who shows up in the final two entries in the series), he certainly shows off more than his compatriot. While Fassbender and Hardy are both known for their physical (and actually naked) roles in big films these days, it’s Hardy who leaps off the screen sans skivvies in Band of Brothers.

The first time we meet his Janovec, he’s engaging in a little R&R with a local lass, and the pair are forced to stop their amorous activities when a higher-ranking officer busts in. It was a memorable start to the actor’s career: Band of Brothers is Hardy’s first on-screen credit. He followed the series with a role in Black Hawk Down, and all that military movie training seems to have foreshadowed some of his bigger roles—like the rebel-leading baddie Bane in The Dark Knight Rises. 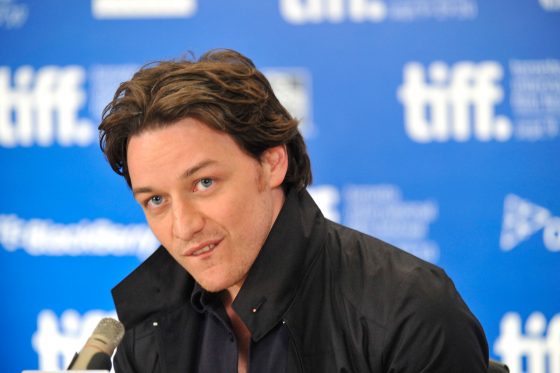 That’s right: Both Magneto and Professor X appear in Band of Brothers. Unlike Michael Fassbender, however, James McAvoy didn’t get to stick around for seven episodes; he only shows up in one.

The remarkable thing about Band of Brothers is that it manages to cover so many key events in the war while still sticking with just one company. Easy Company really was on the ground for the many events the series portrays, and when McAvoy appears as fresh-faced Pvt. James W. Miller in an episode titled “Replacements,” it’s part of a real sea change in the series. “Replacements” takes place after the events of D-Day, when Easy Company is in need of, you guessed it, replacements to fill the roles of the recently lost. McAvoy’s character is roughed up a bit by the veterans who balk at the zippy attitudes of the new dudes, attitudes that won’t serve them well in their next big operation—Market Garden. You can probably guess that McAvoy’s Miller doesn’t make it out alive, but the Scottish actor manages to leave a lasting mark with his small role (only the seventh on his very long resume). 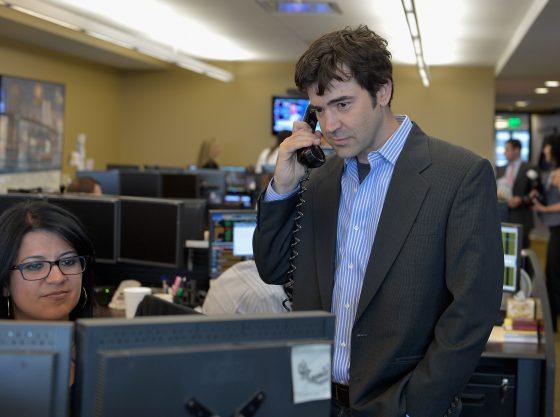 Just two years after Office Space, Ron Livingston appeared as the wry, whisky-swilling Capt. Lewis Nixon in every single episode of Band of Brothers. Mainly assigned to intelligence-aimed operations, Nixon doesn’t ever see combat in the series—and that’s a good thing, because Livingston’s mix of humor (no other actor turns in as many amusing and on-point facial expressions as Livingston does in this series) and drama (Nixon goes through war with the black cloud of an impending divorce and an alcohol addiction hanging over him) proves essential to the series. Even when Nixon’s personal life is going down the tubes (during, you know, a world war), Livingston’s presence is always a welcome one. His bond with our next entry is also one of the most realistic-feeling and ultimately touching elements of the entire miniseries, too, and that’s something worth remembering. 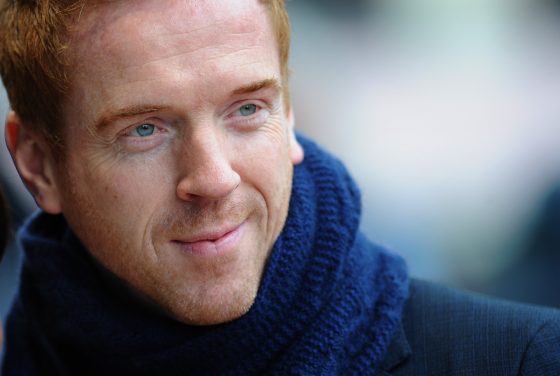 As the eventual Maj. Richard D. Winters (Lewis’s character rises through the ranks throughout the series, and in a big way), the actor was tasked with playing arguably the most beloved character in the series—or, at least, the one most beloved by his men. A leader in the best and truest sense of the word, Winters consistently serves both his men and his rank, and he’s paid back in sparkling loyalty and admiration. Lewis is wonderful in the role, bringing the right amount of gravitas and bewilderment to a man who clearly deserved all the praise he received. Rooting him in reality is his bond with Livingston’s Nixon—the pair signed up for the 101st together, and their journey through the war is an unsentimental look at the power and value of friendship.

Like many of the other stars of the miniseries, Lewis is also British, and the series was one of his first big parts. He’d previously popped up for one-off roles in a few television shows and even had a big arc on the series Hearts and Bones, but Band of Brothers was his real breakthrough, and he delivered on that with a bullet. 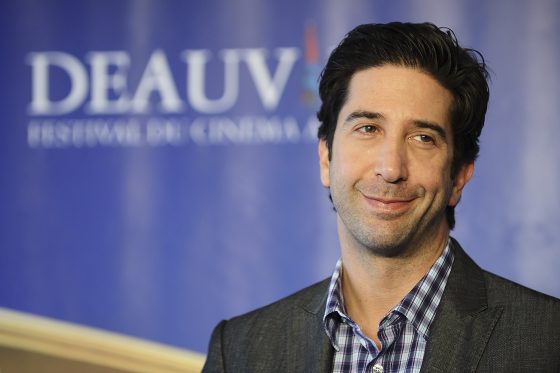 Despite its title, Band of Brothers isn’t just about a whole company of men who loved each other like kin—there are more than a few bad apples in the bunch. None, however, compare to David Schwimmer’s Captain Sobel, a villain for the ages (and a strangely understandable one, at that).

Smack in the middle of his work on Friends, Schwimmer took on the decidedly un-Ross Geller role of Sobel. As the main focus of the series’ first episode, Schwimmer’s Sobel is a hard-nosed, unrelenting, and often just plain enraging leader who works the men of Easy Company to the bone during their training exercises back in America. Sobel is never nice, never kind, and never fair (he even tussles with Winters, of all people!), and he’s rewarded for that by a series of staggering demotions and a company that hates him. That’s right, the seemingly perfect Sobel may know how to train, but once he hits the battlefield, he’s an utter disaster who is unable to even properly read a map. 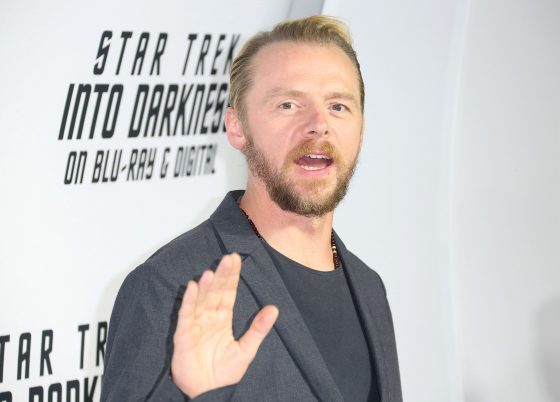 Well, we said Band of Brothers was outfitted with a metric ton of British actors, and who gets more British than funnyman Simon Pegg? As 1st Sgt. William Evans, Pegg appears in the first pair of episodes, mainly as Sobel’s near-silent right-hand man. He does get off one memorable line, though it only stands out because Pegg’s American accent is so well done that it might make viewers wonder if that really is the actor (it is!). 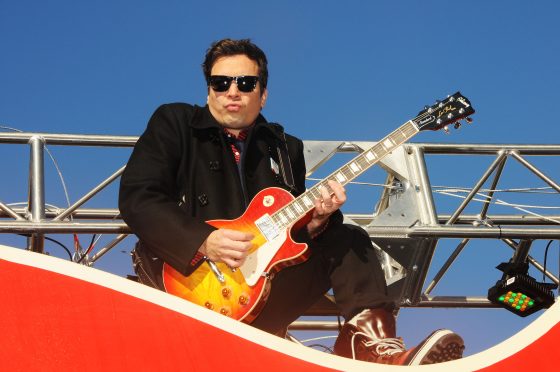 Another funnyman filled a small but recognizable role in the series: Jimmy Fallon literally drives in and out of one sequence as 2nd Lt. George C. Rice. As the 101st prepares to enter the icy forests of Bastogne (where the Battle of the Bulge will eventually take place) in the miniseries’ fifth episode, “Crossroads,” it begins to slowly dawn on them that they are woefully unprepared for what’s before them.

As the men begin to beg, barter, and all but steal supplies from outgoing troops (from winter apparel to artillery), a single officer zips his way toward them in an Army jeep. It’s Fallon! Or, well, Rice! And he’s got supplies to share! It would, of course, be a funny appearance, if not for the fact that their creeping realization that even Rice’s contributions won’t be enough to get them through a wrenching winter ends up being upsettingly true. 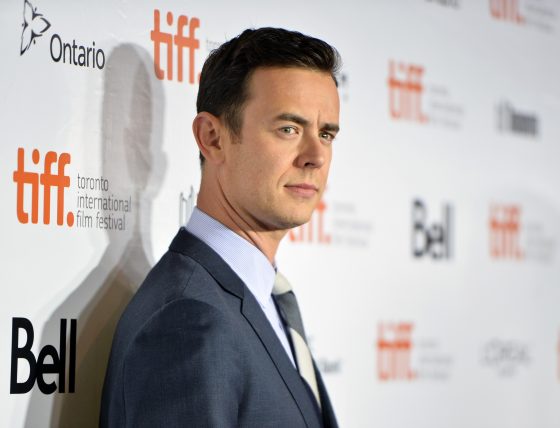 Band of Brothers was produced by Tom Hanks, who also helped pen the episode “Currahee” and eventually directed “Crossroads,” so it’s not totally surprising that his son would show up in a role. Colin Hanks appears in just two episodes—tough ones, too—as 2nd Lt. Henry Jones, a recent West Point grad who joins Easy Company with an officer commission and zero experience. It’s unfortunate that Jones comes on board when he does, as his lack of battlefield know-how doesn’t endear him to the company, to the point that he feels the need to volunteer for a poorly-conceived mission in order to impress them.

The part was one of Hanks’ first big roles, though he had already started his run on TV’s Roswell a couple of years before, and his solid performance easily erases any possible cries of nepotism. 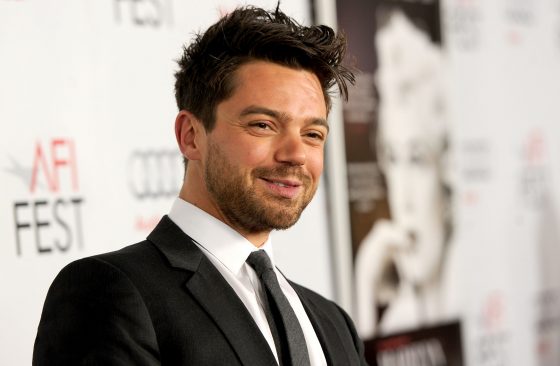 Despite the remarkable listing of talent in Band of Brothers, only one of our entries seems impossible to find within the actual series—Dominic Cooper, who apparently appears as someone named “Allington” in the show’s first episode. That episode, “Currahee,” does serve as a flashback entry, one that depicts the training of the 101st back in America, so it seems that Cooper was tasked with playing one of many troops that populate some of the more sweeping scenes. Perhaps he was even there when Fassbender made his big debut! In any case, Band of Brothers marks only Cooper’s fifth on-screen credit.

Read the rest of the original article at Mental Floss