Acting: A Leap of Faith 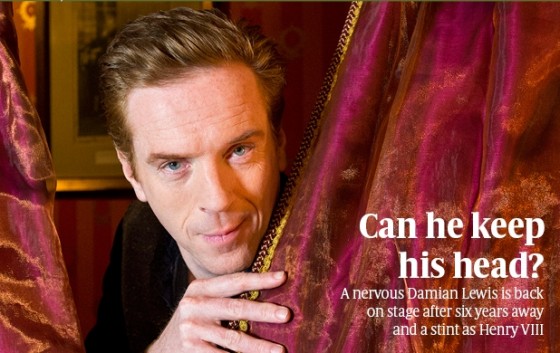 There’s no easy way of saying this, but the man who has just walked into the rather funereal sitting room in the West End’s Noël Coward Theatre has red hair.

It’s not carroty red, but it is indisputably red. I’m no reddist, but I still feel we need to get this out of the way — after all, he has bravely tackled this fraught subject in the past.

“People find it very difficult to be indifferent to red hair,” he once said. Emboldened, I plunge in.

“So, Damian Lewis, what is it about red hair?”

“Well, I was never bullied at school because of it. I was lucky because I was sporty, and I had status and profile within the school [Eton]. Now I get letters from children who get teased about their red hair and they ask how I managed.”

Having survived childhood unscathed, it wasn’t until he found himself working with the Royal Green Jackets on the television drama Warriors that he first endured the full force of institutional reddism in the military — “I experienced witty and scatological abuse all around, being a redhead.”

Times have changed, however; red rights are widely accepted. Maybe he is destined to be the redheads’ Martin Luther King. “The redhead stock is very high at the moment. This might be a unique moment in recent history: redheads everywhere are doing well — Prince Harry, Ed Sheeran, Julianne Moore, me, Lily Cole…”

This is not an entirely trivial matter. The appearance of Damian Lewis has, in the past few years, become a global issue. So, for the record, on this day he looks intimidatingly well. He is 44 but appears less. He keeps fit by playing football: one legacy of Eton is a school team he still plays for. He looks rather sharp in suede boots, grey jeans, a blue snap-button shirt, a grey silk scarf and an expensively raggy waistcoat: a very studied rig. Facewise, I realise that the apparent smallness of his mouth — a particular talking point — is primarily an effect of the deep, bracketing lines on either side of his face.

His face was the whole point in his two great — and I do mean great — television appearances. There was his astonishing performance as the US Marine Nicholas Brody in Homeland, a show that, for its first two seasons, hinged on the mystery of what Brody was thinking from moment to moment. The brilliance of Lewis’s performance was that you never quite knew what was going on behind that pursed mouth, those wandering eyes, and beneath that, yes, red hair.

Then there was his Henry VIII in Wolf Hall, the greatest triumph of British TV in recent years. His Henry swaggered and smiled and scared the hell out of everybody. Again, the question was: what is he thinking? And, again, Henry/Lewis did not yield up an easy answer.

In fact, Lewis is slightly embarrassed about the effect of his appearance on the publicity surrounding Wolf Hall. “I felt a bit exposed by the relentless way in which my image was used overwhelmingly more than anybody else’s. I thought it was disproportionate to the size of my role. But I was playing Henry VIII, and everybody loves Henry VIII.” 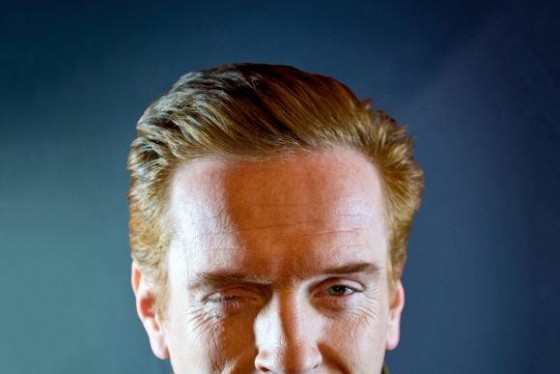 Loves that murderous old tyrant? Really? “I am his advocate. Acting is like advocacy — you present your character and the audience is the jury. And there’s so much to recommend him as a person. He would have been a wonderful man, I think, to spend a summer holiday with. Chopping off the heads of two of your wives is quite drastic, but at the time chopping off heads was pretty much à la mode. The great thing about Henry was that he kept killing the people he loved — that’s his great tragedy, I think.”

On the matter of Brody, he is more circumspect. I suggest his performance was an example of the very difficult style of screen acting Terence Stamp described as “being empty but present when the camera starts rolling”, making the viewer strain to see what you are thinking. But he doesn’t like that.

“Put that on my tombstone: ‘His speciality was being empty’!”

He knew from the beginning Brody would be killed, he just didn’t know when. “As liberal a show as it purports to be, it’s still an American show; and, as flawed as the intelligence people are, they still have to be flawed good guys. As much as you defend Brody as a victim of war, he could never be fully forgiven. He had to be done in at some point, otherwise it would have been an even darker show.”

We’re in the Noël Coward because he is about to do his first stage role since 2009, when he appeared in The Misanthrope with Keira Knightley. “That’s awful! Six years! Theatre is my true love. I trained as an actor to be in the theatre.”

This time it’s David Mamet’s 1975 play American Buffalo, with the mighty — in every sense — American actor John Goodman. It’s set in a junk shop, where three desperate men are planning a heist. It was written in the economically precarious mid-1970s, but Lewis sees it as equally appropriate in the equally precarious world after the crash.

“It’s not difficult to imagine after 2007/2008 that uneducated, marginalised, disenfranchised men around the world would have sat in cafes or junk shops or pubs and wondered how on earth they could make just a scrap of money, because they were really in trouble — and how they would have crossed the line into illegality to feed their children and take something home to their wives. It feels very contemporary to me.”

He is nervous, not so much about the show itself as about his own reaction to being on stage.

“We’ve got such a good team of people, we’ll make a good fist of it. I’m nervous just about the reality of being on stage in front of 800 people and perhaps not knowing what your next line is. It’s a pretty basic fear. I’ve canvassed opinion from actors about what makes them nervous about being on stage, and almost all of them say it’s about worrying whether the next line will come.”

And he’s American again. As a result of Brody, and his earlier role as Richard D Winters in the Spielberg/Hanks Second World War serial Band of Brothers, he is now one of the British actors — Hugh Laurie and Tom Wilkinson are two others — accepted by Americans as being, in fiction at least, American. There’s no whining about the accent with these guys, and no urge always to cast them as toffee-nosed villains.

“My dad lived in America for five years, and we have relations and even a godfather over there. I’m extremely lucky. Band of Brothers kicked it all off. I was a needle in a haystack — they looked at hundreds of men all over the English-speaking world and, for whatever reason, it came down to me.”

At which point, we start heading for the exit, as the Noël Coward’s alarm has, theatrically, started sounding. Having established that it was a false alarm, Lewis wonders if somebody has been listening to us and the noise was a response to the conversation. “It was a bullshit detector, loud and clear.”

It’s a joke, but one that, I suspect, expresses a genuine anxiety. He is a nervous interviewee, self-deprecatingly uncertain about his answers.

He picks up the pre-alarm thread. “I do think there are physical and cultural differences between European man and American man, and I do pay close attention to Americanness and try to inhabit the character beyond the accent. It does still feel as though we are an old country to them, and they, oddly, look up to us still.”

This is impressive, not least because his early years seemed to be the perfect preparation for an actor destined to play a production-line English cad. On his mother’s side, there was a lord mayor of London and a royal doctor. His father was a wealthy City broker. Plus — and these days it’s a big, contentious plus — he went to Eton.

Given that David Cameron seems to be comfortable only when surrounded by Etonians, and that the Labour MP Chris Bryant has complained about “Eddie Redmayne and James Blunt and their ilk” rising in their professions thanks to their privileged public-school education, a toff upbringing doesn’t feel terribly cool or right-on at the moment. Lewis is definitely a member of that “ilk”. He scorns Bryant’s charge.

“The notion that there is some upper- class conspiracy to take over the arts is hogwash. All of us who have come through that system and who are actors, artists, poets, musicians, were always in a very small minority in the schools we were at and remain a very small minority now. Just because a handful of us are doing quite well is coincidental and nothing more.” Eton, he says, is a good school, but not for everybody, and the real question is, “Do those people succeed in spite of it or because of it?”

He lives in north London, is married to the actress Helen McCrory, and they have a daughter, Manon, 8, and a son, Gulliver, 7. “They don’t see anything we do,” he says. “It’s not age-appropriate.”

Anyway, we’re coasting along quite happily when something odd happens. As he has been an ambassador for Christian Aid, I ask him, in all innocence, if there was any religion in him or in his background, and he proceeds to contort himself, mentally and physically, as he writhes on the sofa. At first he simply says he got some “watered- down Anglicanism”, but he becomes uncomfortable when I ask whether he is an atheist. He then launches into what seems to be a private catechism.

He continues for about five minutes, teasing out what he is trying to say, arriving, finally, at a speech by the leading (only?) Labour thinker Jon Cruddas, in which he called for love to be central in politics.

“I am impressed,” I say (I really am), and he looks touchingly pleased.

An attractive uncertainty and self-deprecating anxiety are the marks of the man I met. His thoughts on faith amount to a statement of that uncertainty and of an intuition there is something important out there, a mystery, that his children should know about.

Uncertainty and mystery were exactly what he brought to Brody and Henry VIII. So perhaps the truth about Lewis is that he just acts what he is and what he thinks, and that in spite of what he says, he has made a leap of faith — it’s called acting.

Read the rest of the original article at The Sunday Times