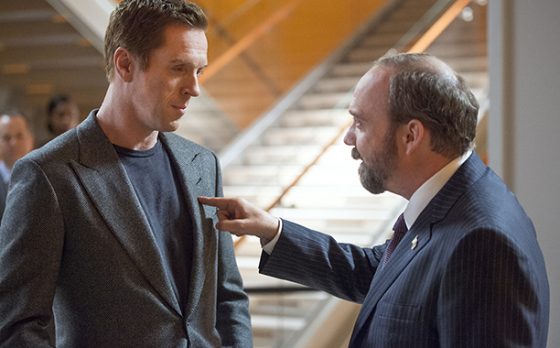 Greed is most definitely good for Wall Street kingpin Damian Lewis in the latest trailer for his series Billions.

The king of this opulent world is Bobby ‘Axe’ Axelrod (Lewis), whose open defiance of the law makes him the target of a government investigation.

Aiming to bring him down is steadfast US Attorney Chuck Rhoades, played by Golden Globe winner Paul Giamatti. Their conflict threatens to rock the very foundations of the US financial market – and could lead to ruin for one or both.

Billions is Damian Lewis’s return to premium channel Showtime, following his three seasons on the Emmy-winning Homeland. Showtime airs the premiere of Billions on January 17, 2016.