Beauties and the Beast: Back in a New Season of Billions, Damian Lewis on Skinny-Dipping with His Sexy Co-Star and the Bombshell Who’ll Never be a Trophy Wife 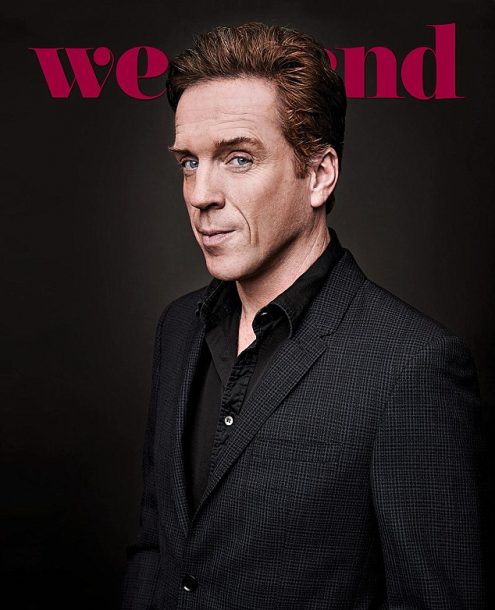 You have to take your hat off to Damian Lewis for his uncanny ability to pick a winner.

After his Golden Globe-winning performance as tortured marine Nicholas Brody in three series of brilliant spy thriller Homeland, he gave an acclaimed turn as a swaggering young Henry VIII in BBC2’s Wolf Hall, then decided to return to our screens last year in Sky Atlantic’s explosive Wall Street drama Billions.

Taking on the role of flashy, ruthless, morally bankrupt hedge fund king Bobby Axelrod was a huge departure, and a huge gamble, for Damian. But yes, once again, the show has been a big hit both here and in America.

It earned the highest ratings ever for an opening episode on the Showtime channel when it aired in the States, and became the most downloaded series from Sky Box Sets here in Britain.

Today, when we meet in a hotel overlooking Manhattan’s Central Park, Damian admits that after Homeland he’d been wary of tempting fate by going into another series quite so soon. ‘It’s always satisfying to be in anything that’s at all successful,’ he says.

‘I was proud of Homeland, the storytelling was excellent and I enjoyed the people I worked with, so all in all it was one of the most satisfying work experiences I’ve ever had. But to follow that by going into another potentially long-running series was not a decision I took lightly.

‘There was no conscious decision to get away from Brody in this role, but Bobby Axelrod is a very different character,’ he adds.

‘I think it’s only when you finally step outside a character like Brody that you become aware that maybe the whole world sees you as that character, so you instinctively choose something different next time.

‘People stop me in the street and call me by my characters’ names. I take it as a compliment, but it’s nice they don’t all call me by just the one name. They say, “Hey, Bobby!” now as well as, “Hey, Brody!”’

Billions, an intoxicating mix of greed and glamour shot through with waspish one-liners and liberal doses of sex, had viewers hooked from the start. Axelrod, outwardly a philanthropic billionaire, is secretly not averse to a little insider trading to increase his firm’s enormous wealth.

He’s locked in a game of cat and mouse with Paul Giamatti’s shrewd US Attorney Chuck Rhoades, who goes after Axelrod when evidence of the billionaire’s financial shenanigans turns up.