Behind the Scenes With Damian and Kelly AuCoin

NEWS ALERT:   What do we have here? It’s Dollar Bill and Axe together again! Our favorite actor was seen filming yet another scene in New York City while on the set of Showtime’s hit series Billions, alongside Kelly AuCoin who plays Dollar Bill Stearn. 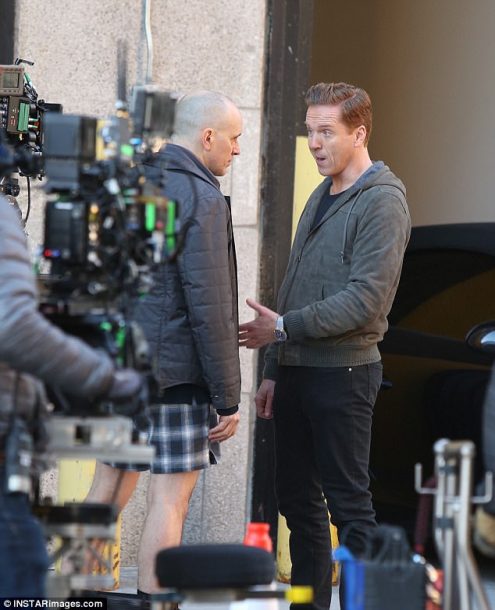 On Monday he was seen shooting scenes with on-screen wife Malin Akerman on the streets of New York City.

But Damian Lewis swapped Malin for co-star Kelly AuCoin on Tuesday – and found himself unsure where to look as Kelly dropped his slacks in front of him.  In what looked to be a comic scene in the American drama series, Kelly stood before Damian in just a pair of checked boxer shorts, on the street, in full view of anyone passing by. The scene appeared to feature some sort of tiff between Bobby and Kelly’s character Dollar, resulting in the awkward trouser drop.

The pair were seen shooting the scene outside of a parking garage, as Damian’s character Bobby Axelrod got into a navy Porsche at the end and drove away. 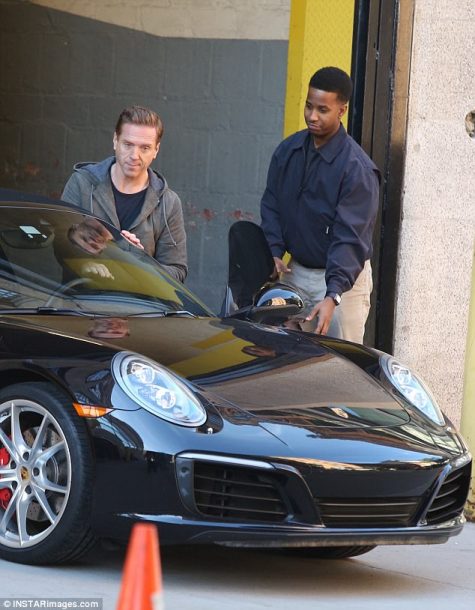 On Monday, he and his co-star Malin were spotted bracing the cold weather in the Big Apple.  The actress, 39, bundled up in a parka while the actor rocked a wool coat as they filmed the third season of the hit Showtime drama.

The show follows ambitious hedge fund manager Bobby ‘Axe’ Axelrod, as one of the only survivors in his company following the September 11 attacks in New York.

To view more images, please visit our Gallery
Read the rest of the original article at DailyMail
View all original photographs at Rex by Shutterstock