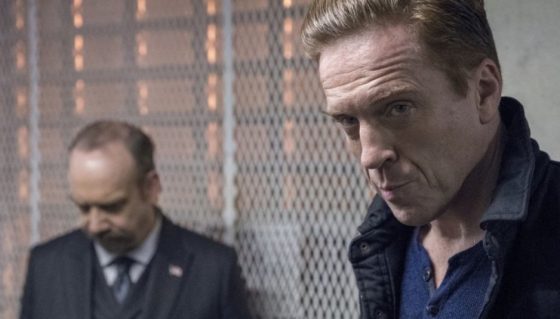 And number one goes to Billions!

Watching a sparring match between a U.S. District Attorney and a wealthy hedge fund manager probably doesn’t sound all that exciting until you witness how Billions has unfolded over the past two seasons. The first season was riveting but the second season was absolutely mind blowing.

U.S. attorney Chuck Rhoades will do anything and everything in his power to bring down hedge fund billionaire Bobby Axelrod but after taking it on the chin at the conclusion of the first season, he’s forced to regroup and refocus his efforts. Simultaneously, there’s an investigation launched to look into Rhoades to make sure he’s been following the letter of the law as well as enforcing it. As for Axelrod, he’s trying to solidify Axe Capitol after taking a few hits but thankfully he runs into an ambitious intern who ends up being his secret weapon. Obviously, Chuck and Axe eventually come face-to-face before the season is over and you won’t find a better clash on television without turning on the latest UFC fights.

Billions is arguably the most well written show on all of television right now with stand out performances from all of the lead actors and actresses including Paul Giamatti, Damian Lewis, Maggie Siff, Malin Akerman and Toby Leonard. By the end of the season, you’ll be in awe of how these characters are willing to sacrifice everything to get over on each other — it’s like all the twists and turns of The Sopranos but without all the bloodshed.

Where to Watch: Showtime

Highlight: Episode 10 ‘With or Without You’ — While the bulk of this series takes place in offices and boardrooms, this episode takes Axe out of his comfort zone as he’s desperate to save his marriage while Chuck finds himself staring at an even more powerful role as he looks to transition from the U.S. Attorney’s office to a new home in politics.

Read the rest of the original article at NerdCoreMovement