Homeland: Is the CIA Drama Actually Any Good? (A Forensic Investigation) 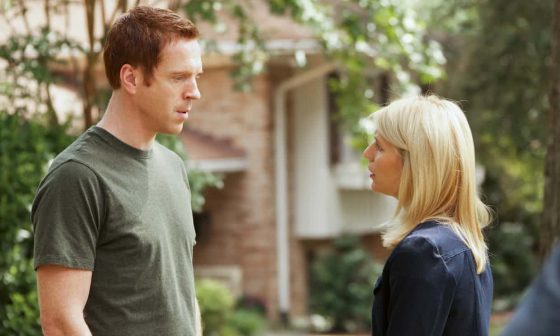 We armed our writer with some DVDs and a few cups of coffee and he came back with a definitive answer to one of TV’s biggest unanswered questions. Homeland is famous for two things: Claire Danes’ capacity to act by wobbling her face, and being maddeningly uneven. Terrorists come and go: who could tell a Bibi Hamed from a Saad Massoud in the long game? But inconsistency remains. So as the show resumes later this month, when you look at it across six seasons, is Homeland actually any good? The question has never quite been resolved. Until now. Six seasons, one metric. Goodness.

What’s striking now about Homeland’s debut is how slow it is. Rather than what it became – a frantic hail of bullets falling amid a fog of sarin gas – this is a psychological turn about the alienation of a returning PoW.

A climax that’s a touch random. Nicholas Brody (Damian Lewis) attempts to turn the vice president into strawberry jam with his suicide vest, before mammalian evolutionary programming saves the day, via a last-minute phone call from his teenage daughter – as if The Godfather climaxed with the Monty Python foot coming down on Michael Corleone.

A smooth tension between plot and action. For instance, hapless killing machine Brody nips out to stab his bomb-suit tailor in the woods while still on the phone to his wife. In the pivotal interrogation scene, dark arts master Peter Quinn (Rupert Friend) stabs Brody in the hand.

The love arc. The grindingly inevitable grinding scene. The closer the pair get, the more you realise they are both ghastly narcissists who should get the chair just on a precautionary principle.

The blood is up, the gore is coming thick and fast. Opens promisingly with Quinn killing a child instead of the Langley bombing mastermind. This horror is quickly superseded when new baddie General Akbari (Houshang Touzi) bashes his ex-wife’s throat with a broken bottle. We are introduced to F Murray Abraham’s deliciously amoral Dar Adal, and, in one of TV’s greatest public hanging love stories, Brody is sentenced to death in Tehran, as a pregnant Carrie Mathison (Claire Danes) does her best wobbly-face.

Iranians? Nukes? The sense of a knock-off 24 is starting to grate, and suddenly we are a long way from the pathos of a returning PoW. Brody is packed off to Iran to do some Seal stuff not long after he has been held hostage for a second time, because he is definitely not volatile or anything. Meanwhile, the scriptwriters have doltishly placed Carrie in Iran like a Sim, where she idles uselessly until her big hanging scene.