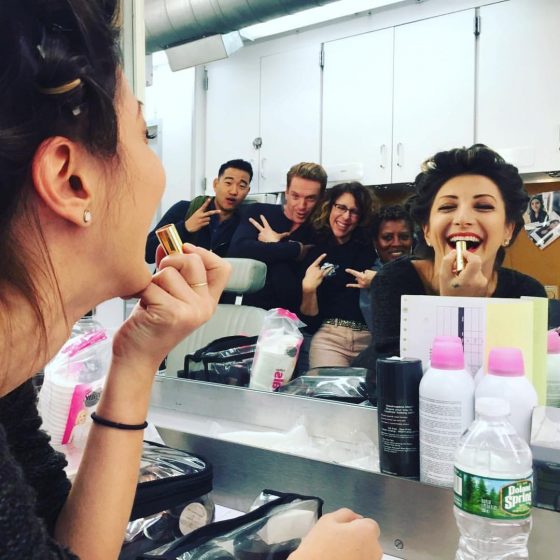 Zina Wilde was born in London, England where she lived until age 4.  Her parents, raised in Thessaloniki, Greece returned there for Wilde’s childhood and early teen years. She came to the United States in 1998 to pursue her acting studies and a performing arts career.

These days, Wilde is busy playing the part of Helena on Showtime’s “Billions.” The show is about power politics in the world of high finance. Helena is the secretary for an ambitious hedge fund king, Bobby “Axe” Axelrod, played by Damian Lewis.  On Feb. 20, Wilde was filming Episode 11 of the show’s third season, which will start airing March 25. “You can see a lot of me on that season, more than in the second season,” she says. “It’s a very small role, but I’m there a lot because I play Damian’s secretary so whenever he’s around I’m always around.”

She’s happy to play a small part in the show’s success. “My co-workers are amazing,” she says. “Going to work with these people is an incredible gift.” This season, one of her acting idols, John Malkovich, is on the show. “Working with him is a dream.”

Read the rest of the original article at Hellenic News