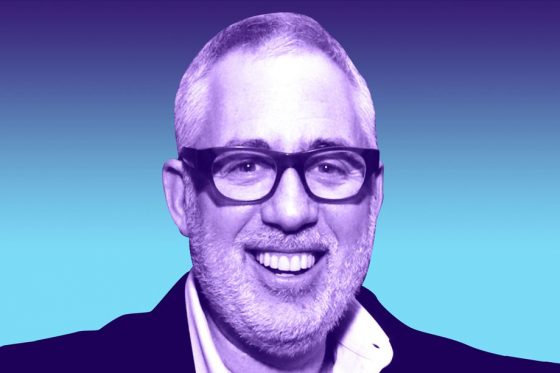 Brian Koppelman: It’s been announced that [John] Malkovich is in this season of Billions.

Bill Simmons: Yeah, I want to talk about that.

Koppelman: It’s not set in [the] KGB, [he’s] a Russian billionaire!

Simmons: That’s what I mean.

Simmons: Might he have an Oreo in one of the 12 episodes?

But I will say, I texted him — we had this idea for this character and people were giving us lists of people who could play the character. The way we researched the show is that we spent a lot of time with these hedge-fund billionaires and they tell us everything as long as we don’t reveal who said what. … So we had this idea for the character, and then [series cocreator] Dave [Levien] and I were talking and we were like, “You know, if John would do it, it would have all the extra resonance that you’re alluding to.” It was like if John were playing this character, this very wealthy man from Russia, it would just elevate the thing because he’s one of the greatest living actors, [and] he’s a brilliant person. And I wrote him and described the character and said, “If you’d be game …” and he instantly wrote back like, “I’m a hundred percent game. Let’s figure out how to do it.” And he came.

And it’s possible that he will say the word “aggressive” during the course of the season.

Koppelman: We’d heard from some of these hedge fund people about dealings they had with a couple of Russian billionaires and the way they talked about it made us realize the story arc possibility. And then it was like, how you build it. You do all this research … and we’re talking to people who used to be in the U.S. Attorney’s Office and you’re asking about situations they’ve faced and from that you’re going to build these fictional characters. And a bunch of people start talking about the kind of influence that Russian money can have. Not Russian money like the government’s talking about, but the kind of influence when someone who has billions of dollars might invest with you, how it’s different if it’s Russian. So that story shows up later in the season.

Simmons: Without giving too much away, does Bobby Axelrod like this character?

Koppelman: They, umm … Bobby Axelrod has scenes with the character for sure. I don’t want to spoil it, but I’ll say this: You will really enjoy this thing.

Simmons: [Billions], you want it to be rollicking and entertaining, but the danger is that it would become campy. Which is a line that you guys have not really crossed — maybe you’ve dipped over it once, twice, three times over the course of two years. But you’ve really done a nice job of monitoring the rollicking, entertaining side versus the “Aw, this is fucking stupid. Come on, guys!” How much do you think [about] that balance? Because in my opinion that’s the key to the show.

Koppelman: My partner is amazing at that — at knowing where the line is. Left to my own devices I might push over it occasionally, but [Levien] is really amazing at having that conversation.

Simmons: What’s your favorite “we can’t do that” that you almost did?

Koppelman: We don’t really even —

Simmons: It would never get to that point?

Koppelman: No, you’re just sitting in a room talking through things and spitballing. Sometimes it will be something from life. You could come in with something that some billionaire told you, but if you actually did it on the show it would just seem corny and overdone and fake and you wouldn’t believe it.

The truth is, Dave and I are both constantly thinking about the tone of the show and the mood of the show, and how we do want it to be entertaining. We don’t want it to be work to watch it, right? If people want to pick out themes from the show, they’re clear and you can do it. If you want to figure out what we’re saying about the world, it’s there for you. But we also want to allow our enthusiasms to come into the show. And that is really what the show is. [Levien] and I have been best friends since we were 16 years old or whatever, 15. We’ve shared this language about pop culture. We decided in making this show, we’re going to try to make it for guys like us, or people who have the spirit that we have.