Off to the Races: Dream Horse 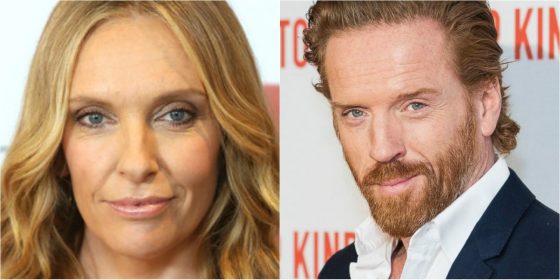 Euros Lyn, director on Sherlock, Happy Valley and Black Mirror, is helming the true story about a woman’s dream to breed and raise a champion racehorse on the allotment of her modest Welsh village. Hereditary star Collette will take the lead role of Jan Vokes, a middle-aged barmaid at a working men’s club who recruits her initially reluctant husband Brian and local accountant Howard Davies (Lewis) to help her bring together a syndicate of local people to breed a foal – which they name Dream Alliance. On the racetrack, he proves himself to be more than a match for the multi-million pound racehorses he comes up against, transforming the lives of those around him.

Script comes from Neil McKay (Appropriate Adult) and the team is gearing up for a spring shoot. Warner Bros has snapped up UK distribution rights and Cornerstone Films — coming off a hit Sundance with films including Blinded By The Light, The Boy Who Harnessed The Wind and After The Wedding — will handle international sales. Backers include Film4, Ingenious Media, Ffilm Cymru Wales.

The true story behind the film was previously told in the documentary Dark Horse, also backed by Film4. It won the World Cinema Audience Award at Sundance before being released by Sony Pictures Classics in the U.S.

Lyn said, “I grew up in the Welsh valleys where everyone knows this story – it’s a local legend. The moment I read Neil’s brilliant script I knew I had to direct this funny and moving film. Casting Toni Collette as Jan Vokes, our extraordinary heroine and Damian Lewis as Howard Davies, her intriguingly conflicted accomplice is my own dream come true. They’re the perfect actors to tell this true story of how against all the odds, an ordinary woman inspires her community to go on the ride of a lifetime and rediscover a sense of hope.”

To learn more about horse’s rags to riches story, click here
Read the rest of the original article at Deadline