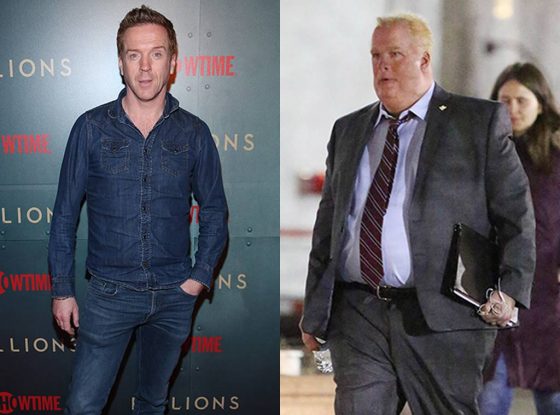 If there was ever a more relevant time for films to explore issues young millennials face in the workforce or the evolving questions about the role of politicians and the press, it’s now. “Run This Town” notably seizes on this but at times bites off a little more than it is willing to chew.

The film takes place in Toronto during the mayorship of Rob Ford, a real-life politician who created controversy and scandal during his time in office and whose substance abuse eventually led to the end of his position. Ford as a character, played by Damian Lewis in a truly striking transformation, takes a back seat in the film, which instead follows those in the orbit of his scandalous term, characters who are mostly fictionalized.

Bram (Ben Platt) is a young journalist who gets a job at a local paper, where his task is to write lists on trivial matters such as the city’s best burgers. He grows frustrated with the outlet’s lack of faith in him as a writer and the lack of opportunities it provides him to shine in what he feels is “real” journalism. So when he receives some possibly exclusive information about a scandalous video taken of Ford, he becomes determined to uncover the story with or without the help of his editor and his outlet and gain their recognition in the process.

Meanwhile, Kamal (Mena Massoud), a Ford staffer, is essentially in charge of deflecting the media narrative around Ford and covering up any inappropriate acts. A lawyer fresh out of school, Ashley (Nina Dobrev), works alongside him. Neither are respected by Ford, but they both desperately need the work for different reasons, so they stay. However, Ashley becomes uncomfortable with her job after experiencing firsthand the type of harassment Ford commits without reprimand or remorse, and she begins working toward a way to help expose the reality of who Ford is.

The film asks relevant questions and introduces many timely themes, which is an admirable feat. The film places itself in a conversation that provokes thought on so many parts of our world: politicians’ motivations for office and their behaviors, the press’s goals as newsmakers, the impact of the internet on modern journalism, sexual assault in the workplace, and the treatment and hardships of immigrants. But in trying to be a story about all these issues at once, the plot becomes disorienting, not giving an adequate amount of time to each component.

Among all of its messages, what “Run This Town” depicts most authentically and consistently is what young millennials face when entering the workforce. Kamal the MBA, Ashley the law school grad and Bram the journalism major, despite their differing educations, qualifications and fields, are all just trying to stay afloat and support themselves. In Kamal’s case, he is working to support himself and his grandmother while also trying to move up the workforce ladder to prove to both himself and her that being in Toronto isn’t for nothing. It’s a touching addition to his character and his story that helps flesh out his transformation.

Read the rest of the original article at Austin360