Billions: Evolution of the Hit Drama 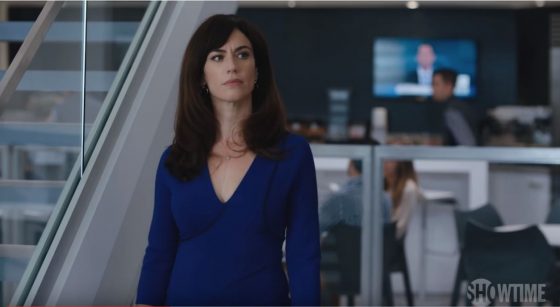 The Showtime star opens up to The Hollywood Reporter about the evolution of the hit drama, noting that the writers room is “very tuned in to” today’s social climate.

It was a different time when Billions first premiered on Showtime in January of 2016. Donald Trump wasn’t president, and “toxic masculinity” wasn’t as much of a catch phrase as it is now. But more than three years and four seasons later, society’s surge of feminism in the #MeToo and Time’s Up era has also penetrated the writers room of the hit drama.

In a recent In Studio interview with The Hollywood Reporter, star Maggie Siff — who plays self-possessed psychiatrist Wendy Rhoades on Billions — explained how the series has adapted to the current social climate.

“The four years that our show has been on the air, a lot has changed socially and politically, and I think our writers are very smart and they’re very tuned in to what’s happening in the culture,” Siff said. “They’ve evolved the show with the times in a way that I am really grateful for because four years ago, the show was about two big men really locked in a power struggle.”

She added, “Now it can’t just be that. It’s got to be a little bit more complicated, and there have to be some seriously complicating relationships and dynamics.”

Siff also noted that Billions provides a subtle yet important take on gender politics, especially as the show enters its fourth season.

“I feel like our show has a really interesting conversation happening around gender because the subject matter is a certain kind of toxic masculinity in some sense. And then you have these female characters who are very comfortable swimming with the sharks,” said Siff, referring to her own character, who tactfully encourages a partnership between her husband, fictional U.S. Attorney Chuck Rhoades (Paul Giamatti), and his nemesis, Robert “Bobby” Axelrod (Damian Lewis).