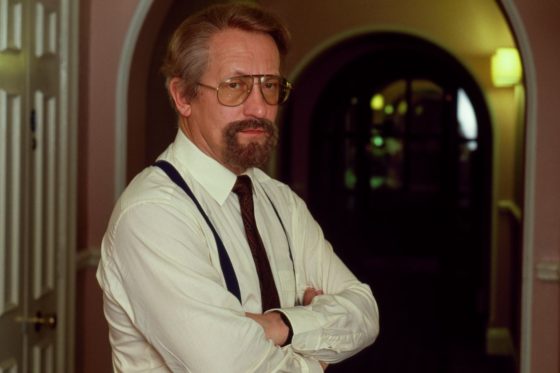 In 2010, agents of the Kremlin who had successfully passed themselves off as upstanding American citizens for 10 years are rounded up by the FBI in neighborhoods across the country.

The aforementioned are just three of the exceptionally nuanced case histories presented in “Spy Wars With Damian Lewis, ” a series distinguished by the eloquence with which it evokes the times in which these events took place. Watching any of the episodes in this series is like being immersed in a hefty work of fiction propelled by complex depths and sharp plot twists, not to mention suspense.

Among them is a chapter devoted to the terrorist plot, conceived in 2006, that was intended to culminate in a loss of American lives equal to that of the 9/11 attacks. The ring leader was Abdullah Ahmed Ali, resident of East London and chief strategist of the group of conspirators planning the destruction of American passenger planes flying from Heathrow to the U.S.

Ali had been given extensive training in counter-intelligence, been taught to avoid being followed and the like—not that this was of any help to him on this mission. In London, he was successfully followed everywhere he went. For sheer drama, nothing in this history is equal to the surveillance procedure through which MI5 tracked every move made by Ali and others suspected of being his co-conspirators in a planned terror strike of some kind. Thirty agents a day were employed in tracking Ali alone.

A quick secret search of his suitcase at Heathrow had produced an early cause for suspicion—why was his suitcase stocked with packages for the making of a sugar-based drink and a supply of AA batteries? The answer would be clear, in time. Once the British surveillance team had finished installing hidden cameras and bugs in Ali’s East London flat, they had full access to every conversation held there, which is to say they learned most of what they needed to know. Among the things they discovered was that 19 plotters were to take part in the mission—the same number that were involved in the attacks of 9/11. A fact, one commentator notes, that suggests how much the planners of this terrorist mission wanted to emulate that assault in every way possible, including, above all, its magnitude.

As British intelligence learned, the destruction was intended to be massive and terrifying, the explosives set to go off far enough away from London as to make it impossible for any of the American passenger planes not destroyed to try to make it back to Heathrow. What MI5 didn’t know was the day the plot was to be enacted.

There were some complications—the Americans, the targets of the attack, and the British had differing views as to when the plot should be foiled, the plotters arrested.

None of this mattered in the end, which saw Ali and his chief collaborator arrested and in possession of suicide videos among other pieces of incriminating evidence. A massive arrest action by quickly assembled British police teams swept up all of the other suspected terrorists.

Amid the variety of these case histories, there is the unexpected treasure. That’s the story, little known, of the young Mossad agent who leads a mission into enemy territory, starting in 1981, to rescue the Jews of Ethiopia and transport them to Israel, a vividly detailed, emotion-laden account of a perilous flight to the place those rescued considered their homeland.

To the devotees of “The Americans,” of course—some of whom are still waiting to learn whether Martha ever got back from Russia—no chapter will be as compelling as the one titled “The Spies Next Door.” Here’s the origin story of “The Americans”—the real-life Russian spies who settled in affluent American communities, pretending to be born and bred U.S. citizens. The successful disguise of their identities owed much to their long years of training in a special school where they were drilled in thinking and speaking like Americans—a place, the film informs us, where even muttering a Russian word in their sleep was cause to be dropped from training.

Here are the Murphys—Cynthia and Richard of Montclair, N.J.—who spent 10 years serving the Kremlin while comfortably embedded in a community that thought highly of them. Cynthia especially, who had some big job in finance, it was understood. But she was a fun person, always busy in the garden on weekends. Her husband, Richard, a stay-at-home father, was much more reclusive, a neighbor testifies. Perhaps not surprising—Richard, it turned out, was in charge of the real family business, which was spying.