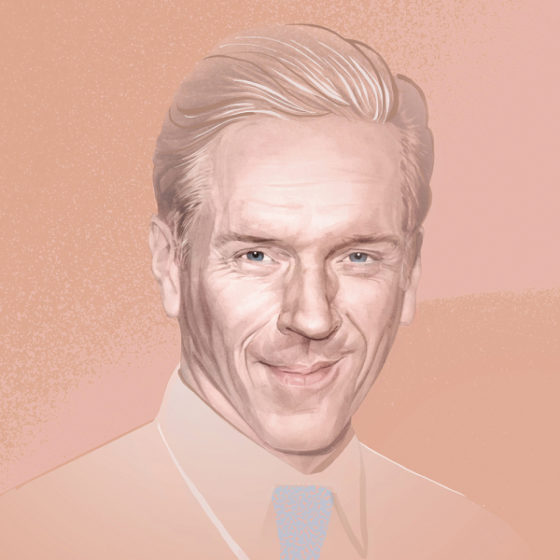 Claire Danes just wrapped an eight-season run on “Homeland” with her character, Carrie Mathison, seeming in the end to have betrayed her nation — only to reveal a twist in the series’ final moments. It’s a character turn rooted in her deep history with late love Brody, played by Damian Lewis.

For five seasons, the British actor has brought moral ambiguity and brash likability to “Billions” as hedge-fund mogul Bobby “Axe” Axelrod. Lewis spoke with Danes from his car, after having to drive away from his home in the English countryside to get a better Wi-Fi connection. They talked to each other over video chat for Variety‘s Actors on Actors issue.

Damian Lewis: You’ve finished eight years of Carrie Mathison, which must have seemed traumatic at times. Were you happy with where it ended up for you?

Claire Danes: Yeah, I was. I didn’t want to bludgeon Carrie or Saul or the people who have been tuning in for eight seasons. It was subversive to give a modicum of hope at the end. The challenge was to do the impossible — to create some sense of resolution and stay true to our tone, and also give people a sense that the central characters haven’t been destroyed or ruined.

I loved the shape of the final season and, personally speaking, how aligned Carrie was with Brody. She’s been tethered to you from the very beginning, to Brody, and this was another way of acknowledging that.

Lewis: The delicious thing about Carrie was that the whole time, her intuitions were so strong, but she had to battle with self-doubt because of her illness. I was always having to second-guess. That moment in Season 8 when you think, “My God, she will stop at nothing to get what she wants, and she’s now going to have Saul killed” — she escapes from that, and then, as you say, the hope is there beautifully as well. There’s that collective smile at the end.

Danes: Well, thank you. That means a lot to me. It was so fun delving into “Billions” and seeing your robust and amazing afterlife. It was always nice that you were under the umbrella of Showtime. Somehow, that felt like you were nearby. I have just been released from this decade-long experience of being in “Homeland,” and I feel pretty raw and Bambi-like now, so you’re such an amazing resource because you’ve been out in the world, and you’ve charted a whole other course, and you’ve created a whole other character and story. I’m really curious about what that was like for you to start again. 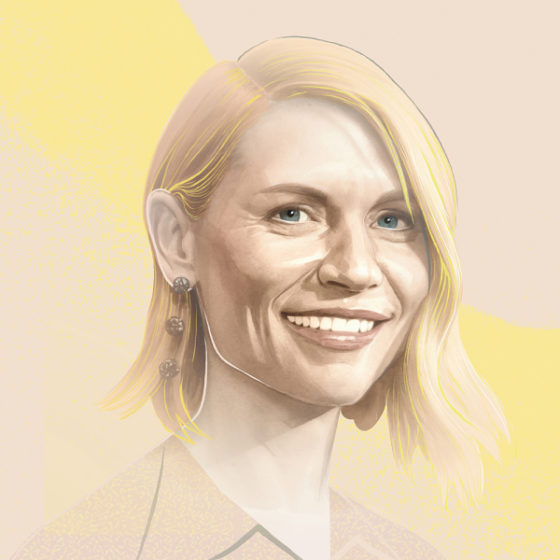 Lewis: They are very different shows, no question. Where “Homeland” feels like you can apply a Freudian analysis of every moment, “Billions” feels — apart from the obvious deep-running theme of men and their fathers — almost Shakespearean. It’s pre-Freud. Evil exists. Badness exists just for the fun of it sometimes. Don’t ask too many questions. Just play what you have and play it with relish. Axe has a comic-strip invincibility about him, which is great fun to play.

Danes: He was so traumatized. He was claimed by these other forces and was hosting all of these other influences and agendas. He was so broken. He couldn’t even know who he was. I’ve loved watching you play this Marvel man. I’ve always loved how physical you are as a performer. You’re especially gifted in using your body. Your viscera and your alpha-ness is really well-communicated with your physical self. And your sense of play and playfulness. It really makes him so engaging and enjoyable. You are on his side, just by how heinous he can be.

Lewis: If the want or the need is great enough, and you can portray that desire enough, people really root for you. I find that particularly in the States, the thing going for Bobby Axelrod, always, is that he was a blue-collar guy, that he came from nurses and police chiefs and fire chiefs. I think that tells a particular side of the American story, a guy who made it big, who made a lot of money. Nobody really cares too much how you make it, is what I’ve realized. It’s just the fact you’ve made it. There was a coronation. You are the king now. People love asses being asses, and being it with relish.

Danes: Well, they do it with conviction and consistency.

Lewis: People seem to like that. I find you and Paul [Giamatti] are somewhat similar as co-stars. Our “Homeland” stories always crescendoed to moments when we came together, and similarly, that happens in “Billions,” when Paul and I come together. I was always amazed by you. You’ve had such incredible, immediate and quick access, both intellectually and emotionally. I suppose there was part of me when I was with you in that first season in particular, thinking, “Is this part of something that Claire has learned, or am I still with Claire, the little girl, the younger actress, who’s already had success in a big TV show and won awards?” You had a stardom already. Was that something that has stayed with you from when you were unfettered as a 14-year-old or 15-year-old?

Danes: That’s very touching. Yeah, I think it was both. I think it’s more innate than anything. Actually, I went through an awkward period when I stopped acting and went to university — college, as we say — and didn’t work for three years. I went into hyper-analytical mode, and I had my socks pulled way up to my knees. When I started acting again, I was approaching it from a really cerebral place, as if I was writing an essay or something. It was not effective. That was problematic. I had to relearn how to be more intuitive and visceral and just let myself reel. Allow myself to go into a more unconscious flow. That analytical work is essential in the beginning, as you’re making sense of the narrative and building the person, and then you have to give yourself over to it.

Danes: I loved my partnership with you on so many levels. More than anything, just making the scene happen. You were so present, so invested and spontaneous. I missed you so much when you left. It was amazing when you came back for that flashback in the fourth season. On television, you get to live these characters’ lives in almost real time: That whole season was about Carrie grieving the loss of Brody, and I was grieving the loss of you, my friend and acting partner. I got to work through that in the fiction. There you were, this ghostlike vision, but you were also actually there to pretend to be it. That was a real surprise, how powerful that was, and how valuable that was for me personally.

Lewis: I think the thing that I enjoyed so much was that it really mattered to us. It was important. There was such sincerity from everybody.

I remember our weekend — the famous episode of the first season, when we went out to the cabin. Do you remember we talked and we talked? Oh, my God, and then you lost your s–t with me because I did a stupid walk, and you were still in the middle of the scene. You were like, “Damian! That is not OK!” I had done this goofy Monty Python Ministry of Silly Walks to make people laugh, and you were still in the middle of this thing. But it was that particular nuance, trying to thread the truth. Who was playing who, was there real affection, and how were we going to parse it out in the most delicate and truthful way? They were a tense couple of days.

Danes: It was really intense.

Lewis: That’s the fun, isn’t it? Apart from the joking and the banter — it’s actually the intensity of the work, isn’t it, that you really remember. Whether it was important or not, and “Homeland” always felt so important, didn’t it?

Danes: It did. When you left, I was always looking back to you as Carrie to Brody. She has other relationships, sort of, but that was the central one. I miss those days when she was more in the present tense. That was gone for her, and therefore for me, which I’m only realizing now as I’m talking to you. She was living with a ghost forevermore. The trauma of feeling responsible for what happened at 9/11 was also a source of haunting for her. She was haunted by a lot of things. But somehow she was more in the present tense — and she was more in her body — when she was with Brody.

Lewis: You acted her without any sentimentality, any vanity. I remember you saying at some point, “Know the story you’re telling,” which is an essential thing for every young actor to know.