BritBox Will Be Folded Into New ITV Streaming Platform ITVX 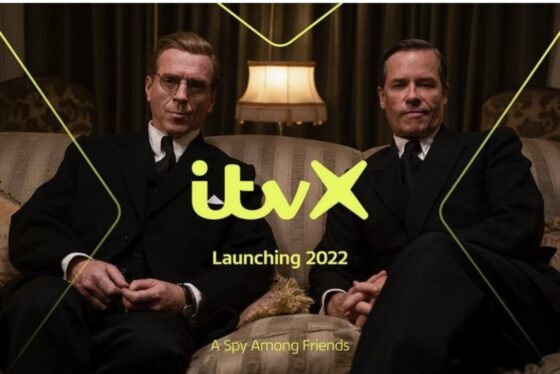 The next phase of ITVs digital strategy is here as the network launches a streaming service called ITVX that will air shows months before they arrive on linear, while posting impressive revenue and profit growth and record advertising spend.

Launching later this year or next with both an AVoD and SVoD option, ITVX will kick off with dramas including Damian Lewis’s A Spy Among Friends (with a premiere date of November 1, 2022), Helena Bonham Carter-starring Nolly and Lenny Henry’s The Little Birds, along with a new series using deep fake techniques to create hilarious celebrity set-ups, a feature film for ITV2 hit Plebs and a feature doc on the truth about Bill Cosby titled We Need To Talk About Cosby.

In a sign that ITV is truly embracing the streaming revolution, multiple shows will air six to nine months before being given a linear window.

ITVX, which is targeting 15,000 hours of content, will be populated with multiple ITV hits including Broadchurch and Love Island, and, going toe-to-toe with Channel 4’s All4, the network has already struck a deal with WarnerMedia International Television Distribution for U.S. content including UK premieres of The Sex Lives of College Girls and All American, as well as The OC and One Tree Hill.

Total content costs next year for ITVX are expected to hit around £1.2BN in content plus a £45M one-off – £25M for data and technology and a £20M launch cost.

BritBox, the streamer run by the ITV and BBC but majority-funded by ITV, will be folded into ITVX, which will effectively replace current ITV VoD player ITV Hub.

Speaking to press this morning, Lygo and McCall spelled out how the subscriber version of ITVX will give paying customers access to BritBox but the majority of content will be available for free on the ad supported version.

ITV Chief Executive Carolyn McCall said ITVX “builds on everything we have achieved in phase one” of the network’s More Than TV strategy, which was unveiled three years ago and saw the broadcaster forge a Media and Entertainment Division last year.

“ITVX will be a free service supported by adverts, with a compelling subscription proposition,” she said of the streamer.

“This is fantastic for viewers – it will provide a simplified and seamless experience with thousands of hours of free content made up of both library and original exclusive content.”

Kevin Lygo, ITV’s Managing Director of Media and Entertainment, said ITVX will “deliver our programmes to as many people as possible in all the ways they want to watch them.”

“Every week there will be something marketable and desirable for viewers,” he added.

The drastic move comes around a year after the BBC pivoted to an iPlayer-first strategy, although the BBC’s focus has been firmly on the content side rather than making wholesale changes to its streaming proposition.