Making the Rounds at the Racetrack 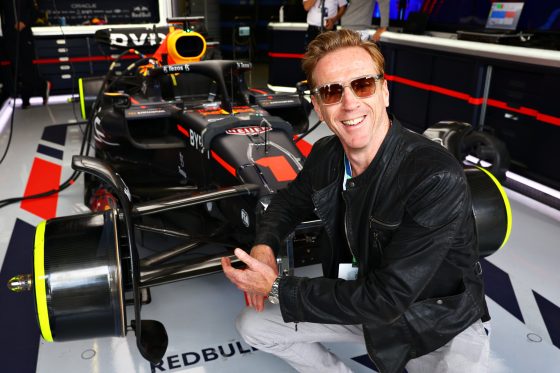 Time to rev up those engines! Damian was seen at the Formula 1 British Grand Prix meeting ‘92 champion Nigel Mansell in the paddock and was given a tour of the Red Bull Racing garage, taking time to visit with British singer-songwriter Sam Ryder. Damian even met Stefano Domenicali, CEO of the Formula One Group, prior to the race and provided a grid walk interview with Martin Brundle. The 2022 Grand Prix of Great Britain took place over 52 laps of the 5.891-kilometre Silverstone Circuit on Sunday, July 3 in Northampton, England. It was reported Damian was right in the action filming the cars from the side of the track as the drivers left the starting grid for their formation lap and at one point shot the t-shirt cannon into the crowd of the fans (picture below). Carlos Sainz – driving for Ferrari – won for the first time in F1, with Sergio Perez and Lewis Hamilton coming in second and third, respectively.

View more images of the event in our Gallery here.

Here’s how the day went:

Last of the interview spam, ending it with Trent Alexander-Arnold who’s one of Liverpool’s and England’s top football players! Was wicked to see him on the grid aswell in support of all the drivers. pic.twitter.com/tU04Sfeaal 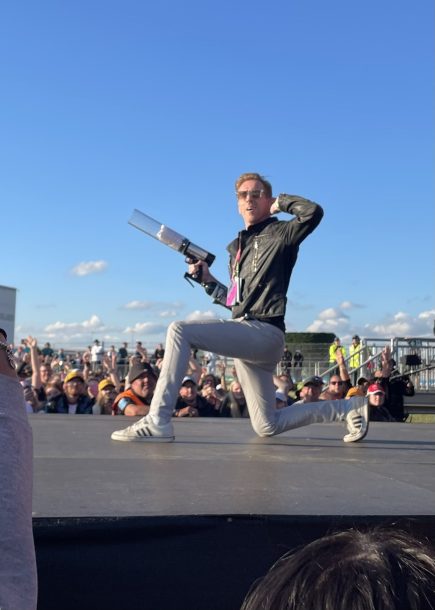 What a day what a day. Thank you @SilverstoneUK @F1 for hosting so generously. pic.twitter.com/TRX54PR3RI