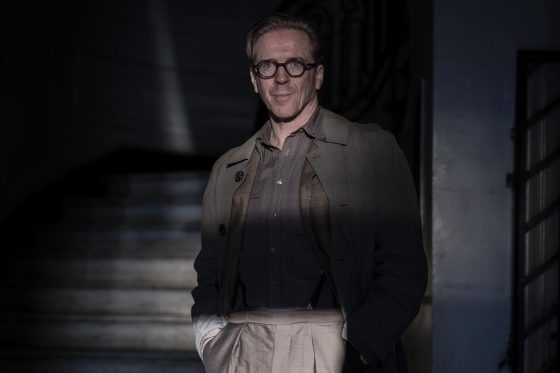 My preoccupation with the Cambridge spies comes not least because three of them – Anthony Blunt, Guy Burgess and Philby – were all at Trinity College, where I was an undergraduate some years later.

Given the prominence of Trinity in the spying business, I could not resist, when offered the honour of making a brief speech at a college reunion, opening my remarks with “Here we are again (pause ) at Spy College.”

It was a risk, but it worked – unlike the risk taken by MI6 when they sent Elliott out to Beirut to interview Philby and bring him back to face the music. ( Elliott had also been at Trinity, but only spied for Britain.)

Which brings us to one of the central themes of the TV drama, based on a book by journalist Ben Macintyre. Elliott may have extracted Philby’s confession, and brought back vital information from Beirut but the treachery of Burgess, and Donald Maclean, also a former Cambridge student, was already in the public realm. Philby’s treachery had been suspected, then denied, but was now finally established. However, Elliott did not bring Philby back. Instead he escaped to Moscow where, in common with Burgess and Maclean, he did not find the promised land, and missed England desperately, especially the cricket, the marmalade and the Worcestershire sauce.

Ever since the defection there has been speculation as to whether Elliott deliberately let Philby go, or whether the latter simply gave him the slip. Such is the subtlety of the television series that I have met some viewers who concluded that Elliott deliberately let Philby go and others who thought that Philby simply did “give him [Elliott] the slip”. In the book, Macintyre covers both possibilities.

Now, the Observer has always had a particular interest in Philby. Not to put too fine a point upon it, our then owner David Astor was persuaded by the SIS – in the shape of Nicholas Elliott – to employ Philby in 1956. One really has to hand it to Philby that, when in Beirut, he was working as a correspondent for the Observer and the Economist, while also being employed by the UK’s Special Intelligence Service and the KGB.

Enter your correspondent: for many years, in addition to my regular economics column In My View, I used to write an article for the Observer Foreign News Service. One of my sub-editors was a delightful person called Claudia Elliott. She seemed to belong to the prewar Evelyn Waugh era, and smoked with an old-fashioned cigarette holder.

Alas, Claudia died young. I went to her funeral and met her father, one Nicholas Elliott. Yes, Nicholas Elliott, the British spy – not KGB- played so brilliantly by Lewis.

Elliott seized upon me and invited me to lunch at his club, White’s, in St James’s Street. We had lunch twice, on both occasions a riveting experience, and most enjoyable. He gave me a copy of his memoirs – Never Judge a Man by his Umbrella . After each lunch I wrote detailed notes, which will no doubt eventually turn up in my study. But for the moment, given the topicality of the television series, I just want to share with readers that Elliott had one consistent message which I remember vividly: “I did not let Philby go. He gave me the slip.”

Now, what do you believe in the world of spies? Well, I did not get where I am today without a heavy dose of scepticism. Early in my journalistic career I heard the old Fleet Street warning: “ask yourself why is this lying bastard lying to me?” Yet I was, and still am, inclined to believe Elliott. I spoke about this to my late friend David Cornwell (the author John le Carré). He too was fascinated by Elliott.

In Macintyre’s enthralling book there is an afterword by le Carré in which the latter recounts his notes from a conversation with Elliott.

Elliott to le Carré: “Between you and me the deal was perfectly simple. He had to make a clean breast of it … which I thought he wanted to do anyway, which was where he fooled me … it never even crossed my mind he’d go to Moscow.”

According to Elliott, who had understandably been deeply wounded by Philby’s double treachery – towards him as well as the country – the “deal” would have saved Philby from a prison sentence – a classic establishment cover up. After all, Philby was considered by the colleagues he had betrayed to be “a gentleman”.