An Extra Helping of Damian Lewis: Act I and Act II 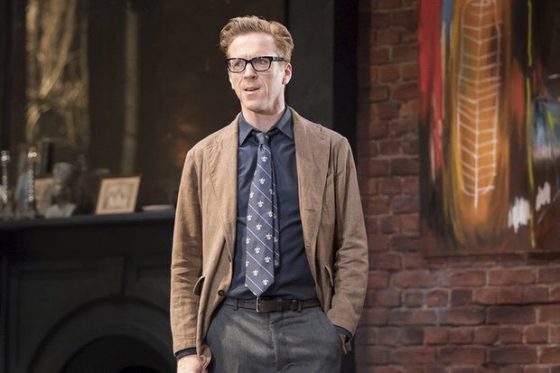 ACT I
Aside from containing a massive spoiler about Edward Albee’s play The Goat: Or Who Is Sylvia – you have been warned – Jonathan’s chat with Damian Lewis is an entirely safe and wonderful space to explore the highs and lows of life on stage. As well as asking, despairingly, ‘why do we bother?!’, Damian discusses the perils of duelling with Ralph Fiennes, the tantalising news that a return to theatre may not be far away – and his coup de foudre with the aforementioned goat, Sylvia. He and Jonathan also pay tribute to the late Pam Harris, legendary landlady of The Dirty Duck, the actors’ pub in Stratford-Upon-Avon.

ACT II
The second part of our chat with Damian Lewis is studded with reminiscences about his late wife, Helen McCrory. Damian speaks openly and beautifully about the play on which they fell in love, their contrasting experiences at drama school, and the time he watched her walk mesmerizingly onstage in Uncle Vanya, pour a cup of tea, leave without saying a word and have the audience in the palm of her hand. Damian also recalls a humiliating acting experience as a youngster, how he shouted his way into playing The Dane on a windswept outdoor stage as a 24-year-old, and the very unique and particular challenges of mastering the dialogue of the great David Mamet.